GOSSIPONTHIS.COM Celebs The BeyHive Goes IN on Beyoncé’s Dad Mathew Knowles for Tweeting About... 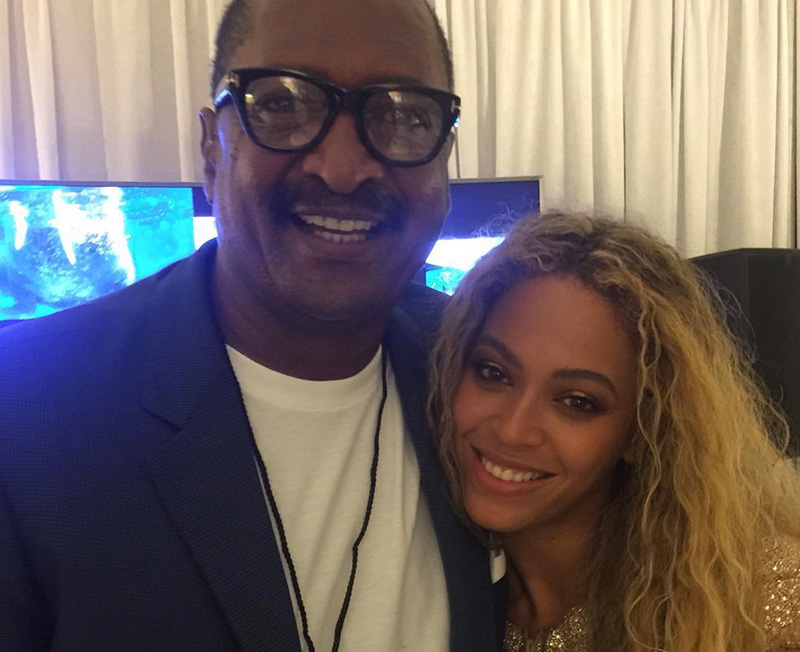 As most of us know by now, Beyoncé ALLEGEDLY gave birth to her twins with Jay Z last week, and while we have yet to receive confirmation from the Carters themselves, one family member has decided to let the world know that the reports are true.

That lone family member is Beyoncé’s father and former manager, Mathew Knowles, who decided to tweet about the birth of his new grandchildren early Sunday morning (Jun 18), which also happened to be Father’s Day.

“Happy Birthday to the twins! Love, Granddad,” Mathew wrote in a cheesy photo of a card with a balloon backdrop. While we still don’t know exactly when the twins were born, Papa Matt’s image suggests their “birthday” was Sunday (Jun 18), though reports say they were born last Monday (Jun 12).

Also, note the hashtags in the tweet and the shameless plug of his Instagram handle in the photo (REALLY, MATHEW?). Couple that with the fact that NO ONE ELSE IN THE FAMILY has spoken about the twins’ birth (Neither mom Beyonce, dad Jay Z, Grandma Tina nor Auntie Solange) and you have the perfect excuse for the BeyHive to go in.

And that’s exactly what they did. See below:

That was for Beyoncé to tell not you pic.twitter.com/Knf7zYYqKO

She didn't even tell you she was pregnant…worry about the other 3 kids u have! pic.twitter.com/kliJZthCe7

can i see your phone real quick? pic.twitter.com/CdvNMRBFMr

To Mathew’s credit, there were a FEW Beyhivers who were nice to him:

Everyone knows for sure that Beyonce didn't want her dad to announce it? They know the convo that took place? *sits back and eats popcorn*

Still… overall, the BeyHive is NOT pleased with Mathew right now:

You even using hashtags….if you gotta hashtag ya own child name and put your Instagram name on her news it says a lot on yalls closeness pic.twitter.com/yjWB3MeSB0

how many times does she have to fire you pic.twitter.com/5hf86NAniS

Beyoncé tried to be a good daughter by keeping you informed but you always gotta mess it up pic.twitter.com/q6DdMyhnJT

this thread has more responses than he has followers ?? pic.twitter.com/KhXxxcSCcy

Dear Mathew: If you don’t know, now you know… the BeyHive is not to be messed with, even if you are part of the reason why we even have Beyoncé:

Don't he know that damn beyhive do not play. ???? They stingin his a** pic.twitter.com/dy7d4uNbSj