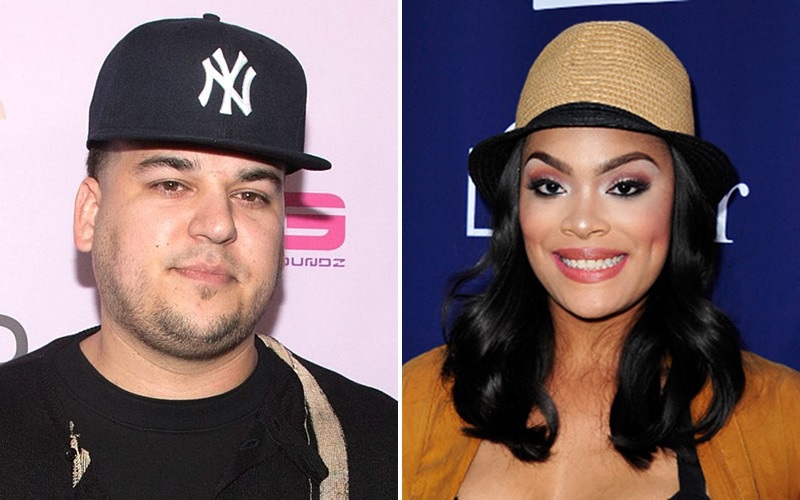 Just kidding?! Though many entertainment news outlets and even sources confirmed the relationship, Rob Kardashian and Mehgan James are denying they even know each other.

The news of the rumored relationship broke earlier this week. However, Rob took to Twitter on Thursday (Jun. 3) and referred to the reality star as “Megan something.”

Wait reading online about some chick I'm dating Megan something. Not true never even met her or heard of her before

On Friday (Jun. 2), Mehgan also denied the relationship and said she was “confused as everyone else.”

Although I've been advised not to say anything , I will say,I'm only " Megan something. " I don't control the media but we all know who does

In a longer post on Instagram, the former Basketball Wives and Bad Girls star basically insinuated the romance rumors were sparked after she posted a pair of Rob’s Arthur George socks.

“I’m CLEARLY not dating rob, nor have I ever confirmed that I was… I posted one pair of Arthur George socks 2/3 weeks ago & now all of a sudden I’m a home wrecker, a fraud, a hoe… etc. I do not control the media, BUT we all know who has the media on their payroll. Sooo… don’t point any fingers this way! I’m just “Megan something” that most of you “never heard of.”

Sources previously told People that Rob and Mehgan had been dating for about three months and Rob’s family are hoping the relationship is “short-lived” because they don’t want to deal with another Blac Chyna situation.

The sudden odd coupling made many question if Mehgan put out the story herself. But, at this point who knows what’s actually going on?