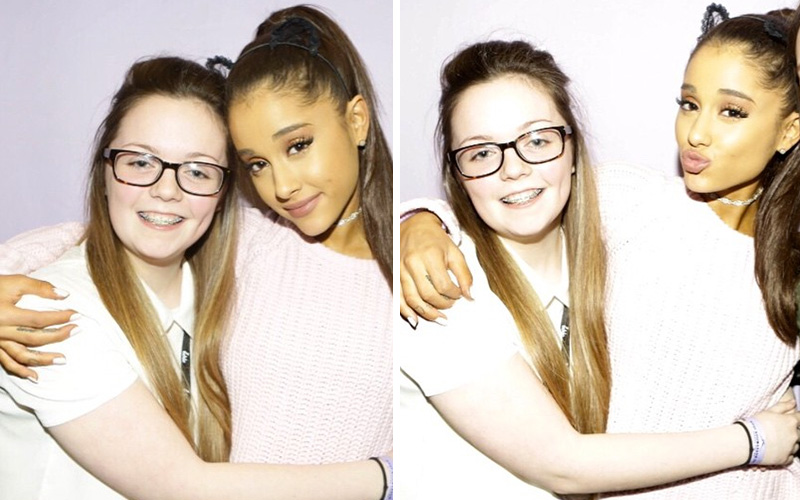 The first victim of the Manchester, England terrorist attack has been identified as 18-year-old Georgina Callander.

Callander, who is being described as a “super fan” of Ariana Grande, was killed along with 21 others in a bomb attack Monday night (May 22) after Grande’s sold out concert for her “Dangerous Woman Tour” at the Manchester Arena.

On the eve of the show, the teen tweeted at the pop star, “So excited to see u tomorrow.”

SO EXCITED TO SEE U TOMORROW

According to the BBC, Georgina was a student at Runshaw College in Leyland, where she was in her second year studying Health and Social Care.

“It is with enormous sadness that it appears that one of the people who lost their lives in Monday’s Manchester attack was one of our students here at Runshaw College,” Runshaw College said in a statement on Facebook. “Our deepest sympathies, thoughts and prayers go out to all of Georgina’s friends, family, and all of those affected by this loss.”

Callander had posted a number of tweets in the lead up to the concert on Monday, expressing her excitement about the event. The teen had previously seen the pop star in a 2015 concert and had shared photos on her Instagram account, posing with Grande.

“SHE WAS SO CUTE ANS LOVLEY I HUGGED HER SO TIGHT AND SHE SAID SHE LOVED MY BOW I CANT GET OVER THIS I NEVER WILL,” Callander said in the post.

As news of Callander’s death began to spread on Tuesday morning, friends shared their condolences on social media.

“Rest in peace Gina. I love you so incredibly much, you deserved the world & more I’m so lucky to have met you and known you,” Liana Sarfati said in a tweet, sharing photos from events they had attended together.

Rest in peace Gina. I love you so incredibly much, you deserved the world & more. I'm so lucky to have met you and known you ? #manchester pic.twitter.com/sPrHq9I6M0

“To my beautiful best friend I hope you rest in peace my darling. I love you so much and will always miss you,” Sophie Marsh, who was Callander’s classmate, said in a post on Twitter.

Marsh shared a photo of Callander smiling with friends.

To my beautiful best friend I hope you rest in peace my darling ? I love you so much and will always miss you ? #manchesterattack pic.twitter.com/4CNlkNxoC9

By Tuesday afternoon, Callander’s Facebook profile had been changed to a remembrance page. Photos showed a fun-loving teenager who liked pop groups like One Direction and Fifth Harmony.

Lukas Cutforth and Dodie Clark, two British YouTube stars created a memorial fund for Callander’s family on GoFundMe “to help towards the funeral and memorial costs.” Neither Cutforth nor Clark knew Callander. The page had raised more than £3,000 (nearly $4,000 USD) at the time of writing.