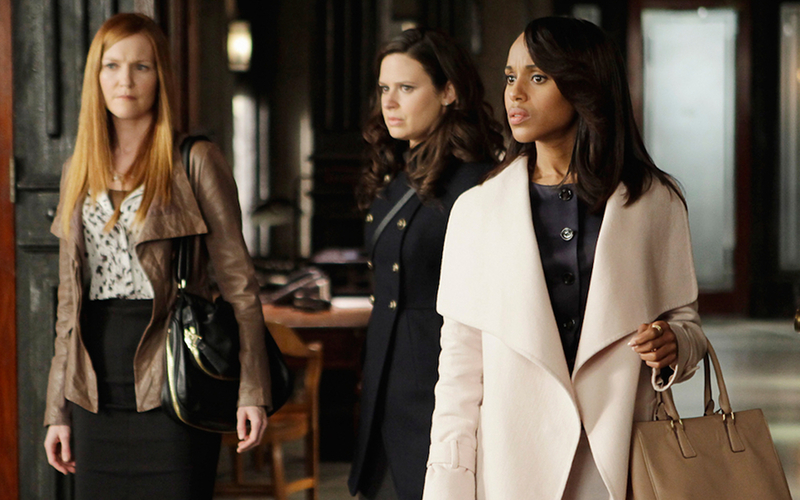 Gladiators will soon have to hang up the white hat. Scandal will reportedly end after season 7.

Reports suggest the Kerry Washington-lead political thriller will conclude in 2018. ABC plans to make an official announcement next week (May 16) at the ABC upfronts presentation in New York.

Scandal was renewed for a seventh (and now-final) season in January. However, creator/writer Shonda Rhimes has repeatedly stated the popular show’s end would come sooner rather than later. And she already knows how it ends!

“I feel like there is a finite amount of Scandal to be told. I know what the end of Scandal will be, and I feel really good about that. And I can see where the endpoint is. And I don’t think I’m going to change that…I know how long it will be, but we’ll see.”

ABC Entertainment chief Channing Dungey also recently hinted the end of Scandal was near. She iterated it was Rhimes’ decision, but also made it known she would love to keep the hit show on the ABC lineup.

“I know already that she has some great ideas for next season, which will be season seven. We have not really talked about what happens after that. But I love the show and I would happily keep the show on as long as she feels that she has creative runway to write the show.”

Washington must also be preparing herself to say goodbye to Olivia Pope like the rest of us. “It’s impossible to say that Olivia Pope hasn’t been one of the most transformative roles for me,” she told Glamour. “I’ve never played a character for this long.”

Scandal, which recently celebrated its 100th episode, was the first true must live-tweet show and has taken viewers on a crazy, twisty ride. In some ways, the political thriller has prepared us for a Trump presidency. But thanks to much material/inspiration from the current administration, the final season should also be must-see TV.

Shondaland productions Grey’s Anatomy and How to Get Away with Murder will also return for their respective 14th and 4th seasons for 2017-18.