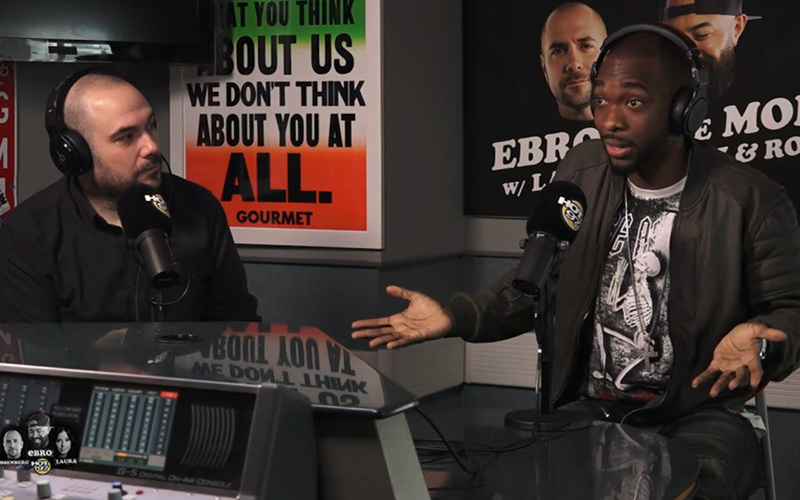 With much material thanks to 45 and the 2016 election, SNL has been on fire. However, any regular viewer of recent years probably still feels the absence of fan-favorite Jay Pharoah. The SNL alum is opening up about being underutilized and ultimately fired from the variety sketch show.

Pharoah paid a visit to Hot 97’s Ebro in the Morning and revealed he believes the show underutilized his overall talent and only used him for his ability to impersonate other black celebrities.

“They put people into boxes. Whatever they want you to do, they expect you to do. I’m a little fiery too … I’m not a yes n***a.”

The comedian, best known for his spot-on impressions of people like Barack Obama, Kanye West, Jay Z, and Will Smith, says he was put in an “impression box.” But despite his popularity, Pharoah says he began feeling unappreciated.

“You go where you’re appreciated. And if you have multiple people on the cast saying things like, ‘You’re so talented and you’re so able. They don’t use you and it’s unfair and it’s making us feel bad…'”

Even his most popular character was basically taken away from him. “If you really noticed, for the last year and a half, they didn’t do any Obama sketches at all,” Pharoah said.

“I was like, ‘Just let me do my character, and we’ll be fine.’ They didn’t want to do that… I kind of feel like they gave up on the Obama thing … I think it was just a whatever attitude.”

To the shock of many, Pharoah’s contract was not renewed last year after starring on the show for six seasons. However, he revealed to the radio hosts that his job was on the line back in 2013 after he spoke out about SNL’s lack of diversity, even calling the show’s cast “Wonder Bread.”

“I was at the audition and me speaking up, they were ready to get rid of me in 2013 when I spoke up [about needing black female cast members]. When I said what I said and it went viral … I almost freakin’ lost my job.”

In response to Pharoah and the public outcry, SNL hired black female comedians Leslie Jones and Sasheer Zamata in 2014.

Though Pharoah says his relationship with SNL creator Lorne Michaels has seen “some shaky time,” he affirms that there’s no ill-will between the two. “I like Lorne. Ain’t no problem with Lorne Michaels,” he said. “There ain’t no beef with Lorne. We’re on good graces.”