GOSSIPONTHIS.COM Celebs Tyrese Gets Called Out by Tank & Ginuwine, Dragged on Social Media... 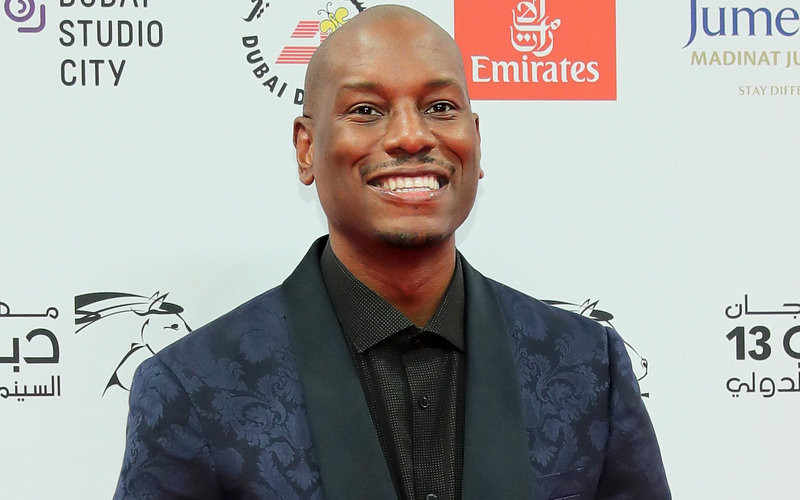 Nobody is feeling Tyrese right now! The singer/actor is currently being dragged on social media for misogynistic comments he made that have gone viral and now his former TGT bandmates are calling him out after he made some shady statements about the R&B trio.

Tyrese appeared on The Breakfast Club Monday (Apr. 10) with Ludacris to promote their upcoming movie, Fate of the Furious. The hosts then asked if Tyrese’s short-lived trio with Tank and Ginuwine (TGT) was working on a second album, after Tank suggested such on April’s Fool’s Day.

Tyrese shot down the rumor and shaded Ginuwine because the “Pony” singer wants to split profits despite, apparently, not being offered as much as Tyrese and Tank. He used Ludacris to make his point.

“Ginuwine still wants an equal split… If Chris is getting $200,000 a show and I’m getting $30,000 a show, I think my motivation to split equal with Chris would be pretty obvious. Because if I’m able to split with Chris, then I’m getting way more per show.… Its business.”

Ginuwine and Tank both responded on Instagram and they slammed Tyrese hard, even blaming him as the reason TGT is no longer a group.

Right now I’m mad at my brotha I hate when sh*t goes viral when we grown men hit me but don’t make me look minuscule… wow cant believe king but I’m bit a pawn F*CK DAD let’s keep it 100!!!!!!

What’s crazy to me is that @ginuwine is the most accomplished artist in TGT but being talked bad about in this interview as if he hasn’t earned his keep! Sad what your brother will do to ensure he has more than you… TGT is no more because @tyrese feels he’s a better than me and G! Doesn’t have more his, hasn’t sold more records, but somehow he’s better..smh

Also on Monday (Apr. 10), Tyrese was dragged on social media after offering “advice” and shaming women he described as being too promiscuous during a BET interview, while disregarding men who may exhibit the same behavior he so detests.

“Sluts, skeezers, hos and tramps are never without a man because they don’t have any standards… You got women who are out here active in these streets going to lunch and dinners every night… They are never without. However, it comes with a cost: You’re going to put a lot of miles down there.”

These statements, obviously, did not go over to well.

Does he have words for promiscuous men too?

Women should be allowed to do whatever the hell they want to. How much mileage is on your dick Tyrese?!?!? pic.twitter.com/Ndyt0sh8Pb

So, yeah, Tyrese’s week is definitely off to a very rough start.