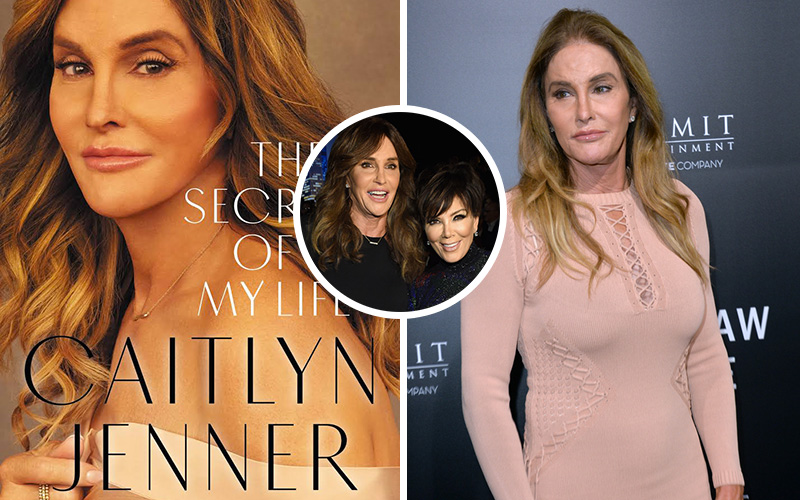 According to reports, Caitlyn Jenner has taken another major step in her male-to-female transition journey. The Olympian and reality star has reportedly undergone sex reassignment surgery, also known as gender confirmation surgery.

Though unconfirmed, Jenner apparently makes the revelation in her upcoming memoir, The Secrets of My Life. Radar Online has “exclusively” obtained excerpts from the memoir, where she claims “the surgery was a success, and I feel not only wonderful but liberated.” The surgery reportedly took place in January.

Jenner continues to explain the “complex decision” to have the surgery, despite potential health risks. She writes:

So why even consider it? Because it’s just a penis. It has no special gifts or use for me other than what I have said before, the ability to take a whiz in the woods, I just want to have all the right parts. I am also tired of tucking the damn thing in all the time.

Though it may be TMI for some, the transgender activist knows that it’s the unspoken elephant in the room and wants to address it on her own terms and move past it.

I am telling you because I believe in candor. So all of you can stop staring. You want to know, so now you know. Which is why this is the first time, and the last time, I will ever speak of it.

I am going to live authentically for the first time in my life. I am going to have an enthusiasm for life that I have not had in 39 years since the Olympics, almost two thirds of my life.

Reps for Jenner have not commented on the leaked/released excerpts.

Speaking of coping and handling Caitlyn’s transition, ex-wife Kris Jenner seems to be struggling. On a recent episode of Keeping up with the Kardashians, very observant viewers noticed Caitlyn is identified as “CaitlynBruce Jenner” on Kris’ phone.

Things you learn from #KUWTK: Caitlyn Jenner is in Kris Jenner's phone as "CaitlynBruce Jenner" pic.twitter.com/eYGqm3JAOj

If it were anybody else, I would definitely find this problematic. However, Kris gets a pass (right now) since she’s probably been most affected by Caitlyn’s transition more than anyone else other than Caitlyn herself. I also feel Caitlyn could have been more sympathetic to Kris as she transitioned.

Again, Caitlyn’s gender confirmation surgery has yet to be confirmed. However, The Secrets of My Life will be released April 25, which will also coincide with another Diane Sawyer interview on April 21. The interview comes two years after she first came out as transgender in an interview with Sawyer.