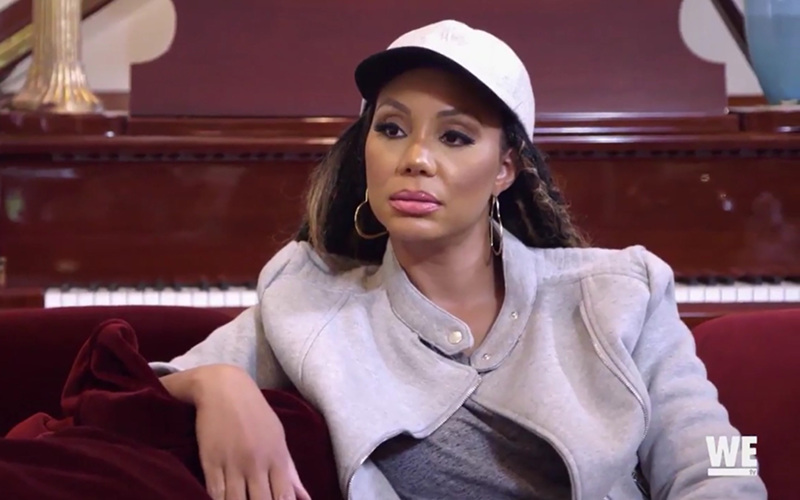 There were few humorous shady remarks during the March 30th episode of Braxton Family Values. Tamar Braxton revealed that she recently suffered a miscarriage.

Tamar was visiting her sister Toni when she broke the sad news.

“You know, I didn’t tell nobody because it was very, very new. Well, maybe, like, a week before I went to Atlanta, I found out that I was pregnant.”

*Toni begins to celebrate, but Tamar stops her and clarifies*

The heartbreaking revelation was a big deal because Tamar felt her sister, Trina, was questioning her parenting choices. Tamar and husband Vince Herbert have a 3-year-old son, Logan. However, apparently, Trina feels Tamar uses their mother as a babysitter too much.

“It was like a whole lot for Trina to throw up how horrible of a mother she thought I was… Sometimes you just wanna not be nice and that’s what that was, I’m sorry.
You don’t throw nobody’s motherhood in their face. I ain’t out here in these streets like that, girl. I’m out here working. Like, stop!

Toni disagrees with Trina’s belief that Tamar pushes her son on their mother, but feels the sisters need to have an honest conversation. Her plan is to get all the sisters together for meeting to discuss the issue.

“Going through IVF is not easy, you know. The mental part, trying to stay calm, trying to stay positive when the stakes are so high and the instant weight gain and body change throws you completely off but then it’s the other side of it, like ‘oh my gosh, it could be.’”

Tamar’s miscarriage revelation may also explain a recent Instagram post in which she writes, she wishes she had a baby girl.

The singer thanks her fans for their support after the emotional episode aired.

Thanks for watching guys!! Tonight was a hard one…. I love u all so much ? #bfv

Tamar and Vince’s marriage has faced many rumors and tabloid headlines as of late. However, they say their relationship is getting back on track. Though babies can’t fix marriages we wish the couple well as they try to have another child.