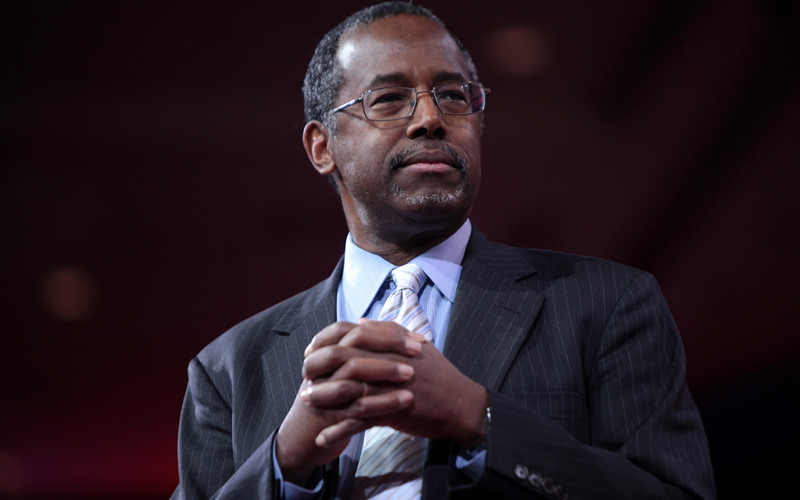 We went from having a black president to only one black person in the current president’s cabinet. Unfortunately, it’s a man that just referred to slaves as “immigrants” with a dream.

Ben Carson (a former neurosurgeon) was recently confirmed as the Secretary of the Department of Housing and Development. During a Monday (March 6) speech to HUD employees, Carson discussed the work ethic of immigrants who want to achieve the American Dream. He then went on to call slaves involuntarily brought over in slave ships as “immigrants.

Yep, these words really did come from the mouth of the only black person in the president’s cabinet! Though should we expect anything less from someone who is desperate for white approval? Though, I’ve never called anyone this before, Ben Carson seems to be the best example of an “Uncle Tom.”

Lincoln didn't free the slaves… he raised the minimum wage for those immigrants #BenCarsonLogic pic.twitter.com/STkGnQNpOK

#BenCarsonLogic Portrait of an American immigrant seeking a better life according to Ben Carson. pic.twitter.com/KFYDYpzoKL

I bet our ancestors were just dying for Europeans to capture, beat, rape, and force labor upon us. So lucky. #BenCarsonLogic

the cruise ship the "immigrants" took to get to the land of the free #BenCarsonLogic pic.twitter.com/ytyT2Si8T3

Kunta Kente was employee of the year #BenCarsonLogic

Despite the backlash, Carson defended his statement during an appearance on the conservative SiriusXM show “The Armstrong Williams Show.”

The HUD secretary went even harder with statements like this:

“You can be an involuntary immigrant.”

“Slaves didn’t just give up and die, our ancestors made something of themselves!”

”An immigrant is a person who comes to live permanently in a foreign country.”

Carson eventually caved and wrote a response to the backlash on his personal Facebook account. He wrote in part:

“The slave narrative and immigrant narrative are two entirely different experiences… The two experiences should never be intertwined, nor forgotten, as we demand the necessary progress towards an America that’s inclusive and provides access to equal opportunity for all.”

Still, I bet somebody white told him to write this.