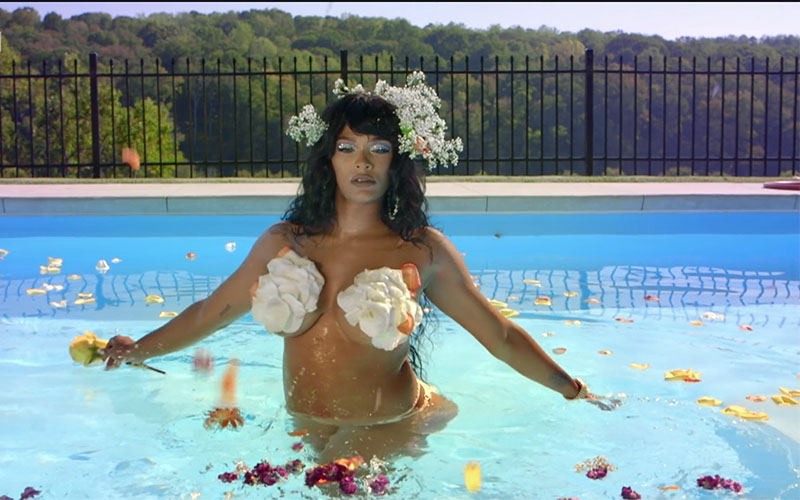 The troubled and twisted cast of Love & Hip Hop Atlanta is ready and willing to give us the ratchet, ghetto, trash mess that we need to make it through the Trump administration with its sixth season.

When we last left off, Joseline told Stevie J that she was pregnant with his baby. In the sixth season megatrailer, we see Stevie struggle with believing whether Joseline’s baby is really his or not. Unfortunately, this doesn’t really work as a suspenseful plot since anyone who follows them on social media already knows that the baby is indeed Stevie’s.

But still, we get to witness Joseline fight, scream and fuss at Stevie as she goes through one of the most simultaneously miserable and glamorous looking pregnancies ever. In a strange twist of events, some butch lesbian stud gets caught in the crossfire between Mimi and Joseline. It appears that the stud is licking the milk from both Mimi and Joseline’s saucepan? Gross.

The other big dramatic narrative is between Kirk Frost and Rasheeda as Kirk seems dead set on laying claim to the title of worst reality TV husband ever. Two seasons ago, he embarrassed Rasheeda by sparking whispers of infidelity by housing one of his young artists in his corporate apartment without Rasheeda’s knowledge. And this season, Kirk has apparently knocked up a side chick with his baby. How many L’s does Rasheeda wanna take on this show? Won’t she do herself a favor and peace out so she can hold on to at least one single shred of her dignity?

A lot of other familiar faces return as well: Karlie Redd, and Yung Joc’s perm are back; Waka Flocka and Tammy Rivera are still picking up the pieces of their marriage; and Tommie is still drunk as a skunk and fighting with everybody and their cousin.

But best of all? Momma Dee is back and she’s rocking a glittery bodysuit. Oh, there are also some new chicks joining the cast. Some Asian chick named “Lovely Mimi” and some other heffa who starts fussing with Tommie that I don’t know. I’m sure they won’t last beyond this season anyway.

Watch the true chaos of LHHATL’s Season 6 for yourself: