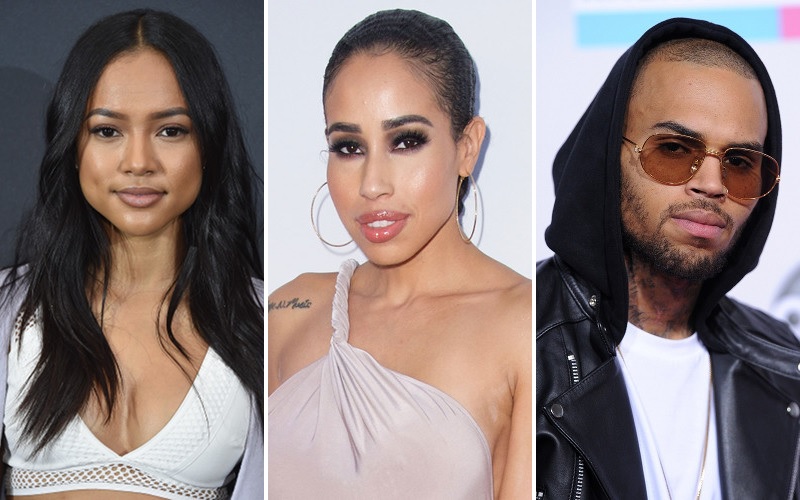 Karrueche Tran recently dropped several bombshells claiming Chris Brown attacked her during their relationship and recently threatened to kill her, causing her to file a restraining order. Her claims were questioned on social media, but someone has now come forward corroborating Karrueche’s allegations.

Following the news of Karrueche’s restraining order, singer Kay Cola revealed on Twitter she personally heard the former couple’s altercations. Cola is Chris Brown’s former neighbor. Cola claims in her tweets she used to hear Chris “beating” Karrueche and Karrueche “screaming at the top of her lungs.”

Some of y'all make me sick to my stomach talking about. Karrueches lying. I've heard him beating her myself. I even called the police:

She also added more details when replying to an Instagram gossip account that questioned her own allegations.

The Grammy-nominated singer says she never publicly said anything because it wasn’t her place. She’s now backing Karrueche due to the hate that’s come her way since filing the restraining order.

I never spoke up, cause I didn't feel it was my place but hearing y'all say she's lying I can't just sit by and watch this

I don't regret sticking up for Karrueche or telling the truth. Whatever comes with it. I stand for what's right at all times

Some of y'all are so delusional defending this man! It's sick! He will never get help or change because of yes man and weirdos like y'all

Cola is still facing backlash on Twitter for speaking out now, rather than when it was occurring and battling trolls who support/defend Chris.

Cola’s allegations stem from Karrueche’s statements in the restraining order she filed Friday (Feb. 17). In the document, she claimed Chris punched her in the stomach twice and pushed her down a flight of steps during their relationship. She also told the judge Chris recently threatened to kill her.

“Around the second week of February, he told a few people that he was going to kill me. He said if no one else can have me, then he’s gonna take me out.”

A source tells People magazine Chris been attempting to contact Karrueche “nonstop ever since they broke up.”

“He texts her and leaves her crazy messages — one day saying he loves her, the next saying things like I’m going to ruin you and make your life a living hell. She had to change her phone number a few times.”

The temporary restraining order requires Chris to stay 100 yards away from Karrueche and her mother and brother. The order is in effect until the next court hearing March 9.