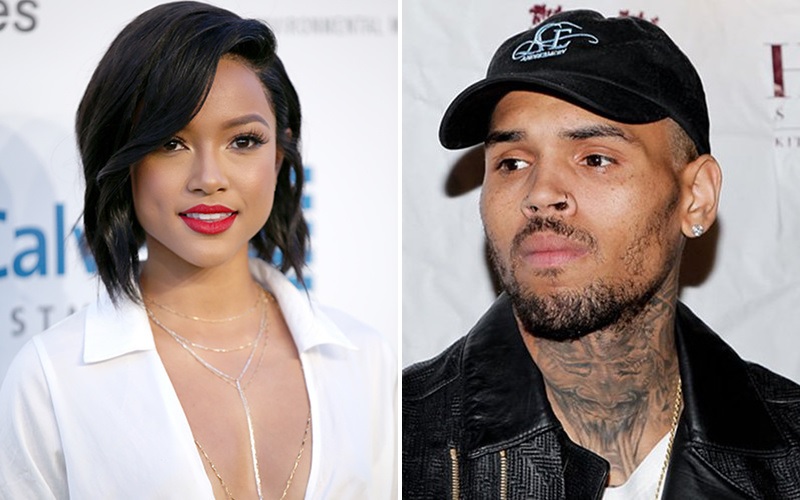 As if we needed more proof Chris Brown is crazy, Karrueche Tran just dropped a bombshell and made a bold move. TMZ is reporting Karrueche has filed a restraining order against Chris after she claims he threatened to kill her.

TMZ is exclusively reporting Chris has been ordered to stay 100 yards away from Karrueche, her brother and her mother. She claims in the legal documents Chris has threatened to shoot her and “take [her] out.” She also alleges he physically assaulted her during their relationship.

Karrueche claims in a sworn statement to the judge, earlier this month Chris “told a few people that he was going to kill me.” She then says Chris told the friends if he can’t have her then no one else can, threatening he was going to “take me out” and “threatened to shoot me.”

Karrueche also says several years ago Chris “punched me in my stomach twice,” and “pushed me down the stairs.”

She now feels Chris’ verbal threats may be escalating as he allegedly recently threw a drink at one of Karrueche’s friends.

TMZ also notes that the physical abuse Karrueche claims would have occurred while Chris was still on probation for Rihanna’s domestic abuse case.

Chris has often come off as someone with severe anger and controlling issues. It was just a few weeks ago when he recorded himself saying that he will make all his exes lives “miserable” by stalking them and not letting them go.

In recent months, Chris has made headlines by trolling Karrueche’s social media accounts. His feud with Soulja Boy was even sparked by a comment the rapper posted on Karrueche’s Instagram.

Reps for Chris have yet to respond to the restraining order of Karrueche’s claims. However, Chris left Instagram comments saying the claims were “little kid games” and “reaching.”