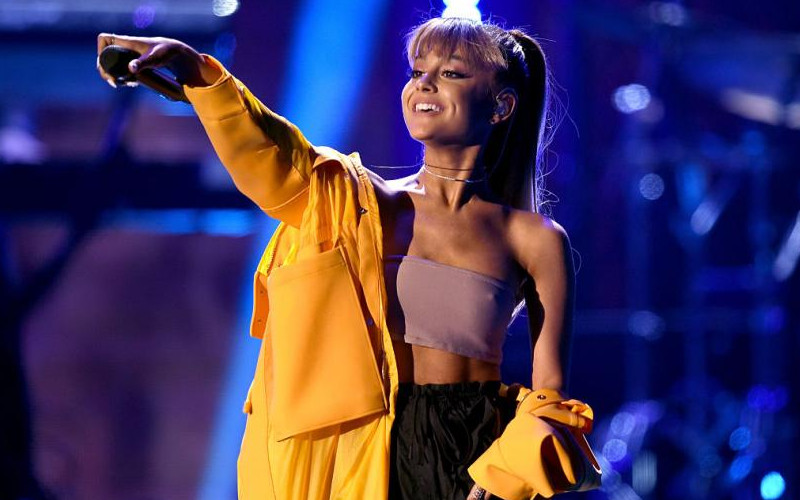 When is it OK to toot your horn? Ariana Grande got a little heat after she touted her accomplishments and work ethic on Instagram. However, given that she’s a diva-in-training, Ariana did so with a diva-esque way.

On Friday (Jan. 13), Ariana claimed that she was the “hardest working” 23-year-old on the planet.

Ariana has had a successful few years, but 2016 was exceptionally good to her. She released her third studio album, Dangerous Woman, which spawned several popular singles and earned a Grammy nomination. She also worked with Stevie Wonder and starred in NBC’s Hairspray Live.

2017 is also shaping up to be a good year for the singer. She will soon embark on the Dangerous Woman World Tour and will collaborate with John Legend on the title track of Disney’s live action Beauty and the Beast film. Ariana will also be a guest character in an upcoming update for the Final Fantasy mobile game.

Things are clearly going great for the former Nickelodeon star’s career and she should be proud of the fruits of her labor. However, maybe her intended humblebrag was a little too much for social media. While many of her fans agreed with and praised Ariana, some called her out for the conceited statement.

I really like ariana but "hardest working"? somebody who has as much time as her to post all day on her snapchat constantly says otherwise

Ariana Grande's caption about being the "hardest working 23 year old" is getting a lot of backlash. pic.twitter.com/GtI9WwmcCC

It is widely known that Ariana was born into a well-off family, but “working hard” is also relative. Jobs come with different demands that may be physically, mentally, or emotionally challenging, or time-consuming. And in Ariana’s case, we in the public only see the finished product, not the work it took to make it happen.

I say all that to show that Ariana probably does work hard, just not the “hardest working” person in the world and she definitely shouldn’t have declared so on Instagram. She would have come out better had she just patted herself on the back alone while staring in a mirror and taking out of that signature ponytail of hers.