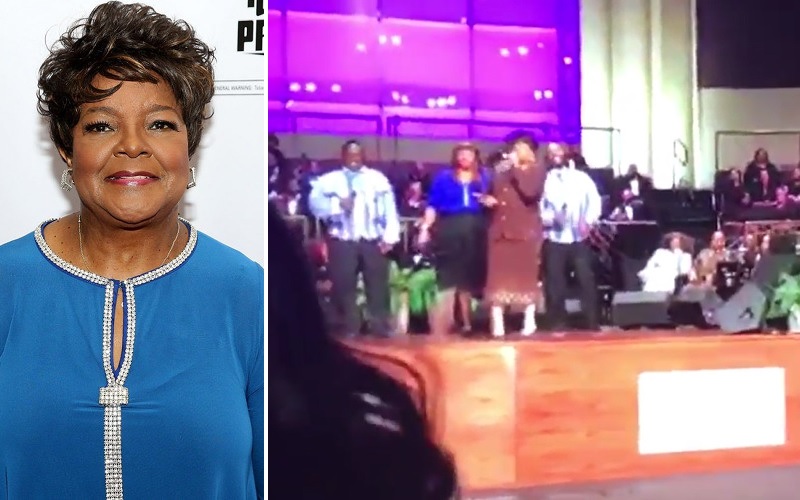 I hope Shirley Caesar enjoyed her moment during the #UNameItChallenge, because social media will call you out just as quickly as it hyped you up.

The pastor and gospel singer is currently in the same boat with Kim Burrell after seemingly defending Burrell’s controversial homophobic sermon.

Video of Caesar co-signing Burrell’s comments went viral on Wednesday (Jan. 4). While preaching/performing at First Baptist Church of Glenarden in Maryland, she suggested Burrell should have spoken out much sooner, when President Barack Obama “made that stuff alright.”

“So, if you were going to say something, you should’ve said something 4 years ago when our President made that stuff alright!”

Burrell faced heavy backlash last week after condemning the “homosexual spirit” as “perverted” and suggested gay people would die in 2017 in a sermon that went viral. Though Caesar didn’t mention Burrell by name, it’s not hard to connect the dots here.

It should also be noted that that Obama did not make “that stuff alright” four years ago. The Supreme Court legalized same-sex marriage in 2015.

A longer video of Caesar’s sermon adds more context to her comments. She suggested preachers collect their congregations’ phones at the door, if they want to keep certain sermons “in house.”

this is the full segment between songs she sang and I had friends there who were offended and uncomfortable pic.twitter.com/hwK9X4bpXP

No, Ms. Caesar, spewing hate speech in private doesn’t make it any less hate speech. That’s not how this works.

Burrell’s comments did not go without consequence. She was axed from a scheduled performance with Pharrell Williams on The Ellen DeGeneres Show and her KTSU radio show in Houston was canceled.

Caesar may want to tread carefully, or her coins may be affected as well. Though a legend in her own right, Caesar became a social media craze in November due to the popular #UNameItChallenge. 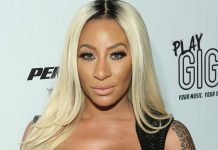 Hazel-E: I Apologize for Saying Gays Should Burn in Hell, But “I Can’t Rewrite the Bible”