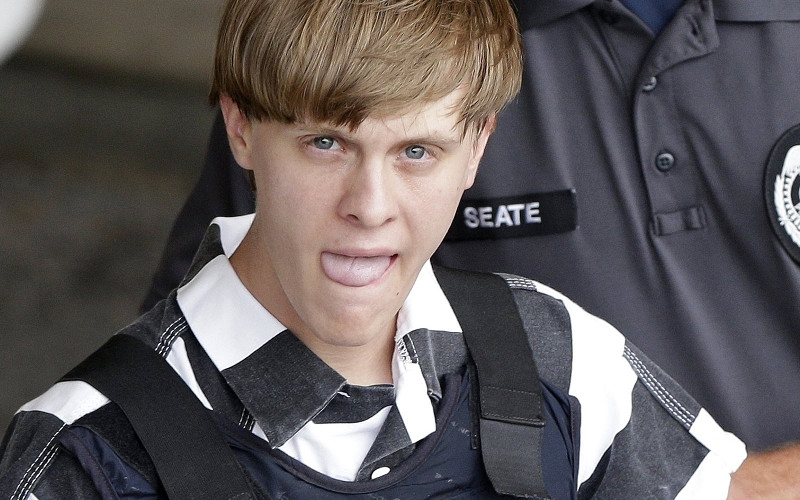 The amount of hatred harbored within racist Dylann Roof was revealed when he shot and killed 9 black churchgoers attending Bible study in 2015. And even as he faces the death penalty, Roof still feels he is part of the “superior” race and feels no remorse and offers no apology for his evil actions.

Roof’s trial has moved into the sentencing phase and prosecutors read aloud a disturbing journal entry written by Roof while in jail.

I remember how I felt when I did these things and how I knew I had to do something and then I realize it was worth it. I would like to make it crystal clear. I do not regret what I did. I have not shed a tear for the innocent people I killed.

The journal was found six weeks after his arrest. The New York Times deemed it a “white supremacist manifesto.” Roof — who admitted he wanted to start a race war — writes that while he hasn’t shed a tear for the black people he massacred, he feels “sorry” for white people and himself.

Last month, Roof was found guilty of all 33 counts, including hate crimes and obstruction of religion resulting in death. Prosecutors are seeking the death penalty, which requires jurors to unanimously agree upon while considering factors such as premeditation, remorse, and the possibility of redemption.

“The point is that I’m not going to lie to you, not by myself or through somebody else. Other than the fact that I trust people that I shouldn’t and the fact that I’m probably better at constantly embarrassing myself than anyone who’s ever existed, there’s nothing wrong with me psychologically. If you happen to remember anything that my lawyer said, I ask that you forget it.”

The sentencing phase is expected to continue through next week and will include testimony by friends and family members of the victims, and the one survivor of the massacre.