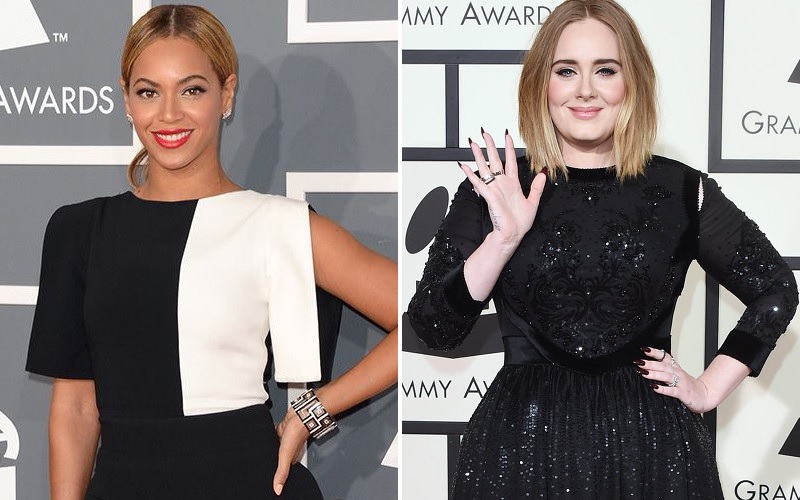 If you haven’t done so already (and honestly why haven’t you), you have just over a month to get in “Formation” and say “Hello” from the other side. I know, I know it’s corny, but I just couldn’t help myself.

On to what truly matters — Beyoncé and Adele are both expected to perform at the Grammy Awards in February.

An official announcement of Grammy performers has yet to be named. However, during a roundtable interview with Billboard, Grammy producer Ken Ehrlich hinted that the two pop stars will grace the stage.

Ehrlich, who has produced the telecast since 1980, revealed only three of four artists have declined to perform at the awards show over the years. However, he refused to give their names. Here’s what he did say:

“But I can tell you that Adele and Beyoncé are not two of them. We have every anticipation that both of them will be with us in February.”

Hmmm, sounds like a confirmation to me. It actually would be hard to imagine a 2017 Grammys without Beyoncé or Adele. Beyoncé is the top nominee of the night with nine nominations, while Adele nabbed five. Both are also up for the “big three” awards: Album of the Year, Song of the Year, and Record of the Year.

Beyoncé will most certainly give a jaw-dropping must-see iconic performance (like she always does). And though not her fault, Adele can redeem herself from her less-than-stellar 2016 performance of “All I Ask.”

The 59th Grammy Awards will be held February 12th and will air on CBS at 8 p.m.

To prepare yourself, watch these previous Grammy performances by Beyoncé and Adele: