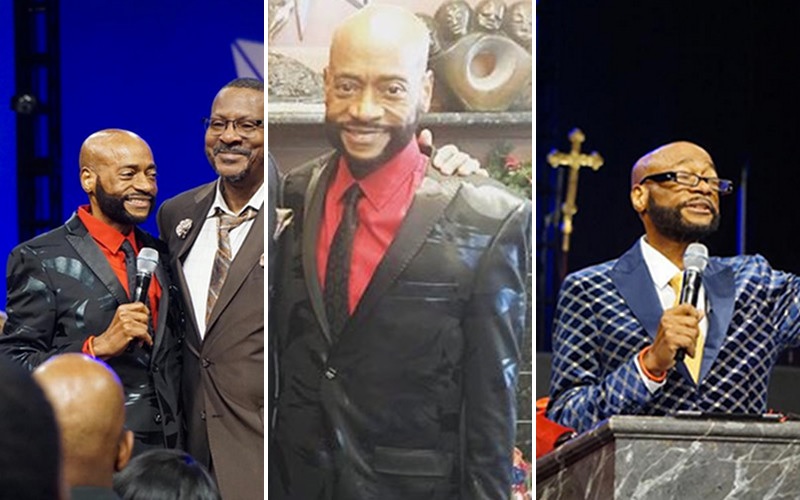 What happened to Bishop Eddie Long? After months of recovering from an undisclosed illness, the Atlanta megachurch pastor returned to the pulpit looking scarily thinner than his last public appearance.

Back in September, Long admitted he was dealing with a “health challenge.” However, he never stated exactly what the illness was. Whatever the illness, it has made the Bishop virtually unrecognizable.

Long returned to New Birth Missionary Baptist Church and photos of his highly-anticipated appearance surfaced online Wednesday (Dec. 28). His emaciated look shocked social media, with some still wondering if the Bishop was battling HIV or even AIDS. (Such diagnoses are still unfounded).

Eddie Long got the monster

If y'all believe Eddie Long was on a raw vegetable diet, I have some beachfront property in Canada I wanna sell you

Where's Bishop Eddie Long's church located? Because it appears he has a House-In-Virginia or an Apartment-In-Dallas pic.twitter.com/kevtQ1xQpr

Is Eddie Long going to make it into 2017, just asking because that man doesn’t look healthy at all!!!

Hey Y'all!!! I'm not even going to say one unkind word about Eddie Long. ? It is what it is. "Karma is Real!" #ThatsAll

Eddie Long out chea with the P-p-p-package

Bishop Long’s weight loss was first noticed months ago, which prompted him to reveal the “health challenge.” He also said the weight loss had nothing to do with his new vegan diet, which stopped him from eating from a “slave menu.”

Questions regarding the pastor’s health were still persistent until early December. Rumors even began circulating that he has been admitted to hospice care. However, his assistant Elder April McLaughlin to the Christian Post he was “doing well.”

“No, not ever in hospice! Currently, not accepting calls but thanks for verifying the rumor.”

As some have noted, is this karma for the bishop’s alleged sexual misconduct towards young men? In 2010, for men accused Long of coercing them into sexual relationships as teenagers. The lawsuits were settled out of court. Details of the settlement and Long’s plea were not disclosed.

Police did not press charges against long as the age of consent in Georgia is 16 and all four boys were 17 or older at the time they claim the sexual misconduct occurred.