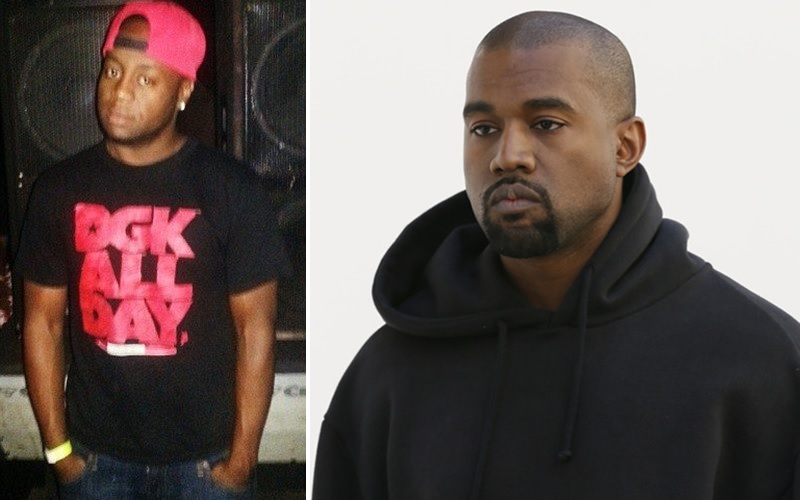 Sex tapes must be the secret password to get into the Kardashian inner circle. Apparently, Kim Kardashian isn’t the only one who has filmed a sex tape. A cousin of Kanye West has just revealed Kanye paid another relative a quarter of a million dollars to prevent them from leaking the rapper’s sex tape.

Lawrence Franklin, Kanye’s cousin, exclusively revealed details regarding the 2012 incident to The Daily Mail. Kanye referenced the situation in his 2016 song, “Real Friends,” and Franklin also believes it was the beginning of Kanye’s paranoia and psychiatric issues.

According to Franklin, in 2012 Kanye gave his laptop to a family member as a gift. The family member let another family use the computer and discovered a sex tape of Kanye with a “fair-skinned black woman.” The woman did not appear to be Kim Kardashian or Amber Rose.

“The sex tape episode started his decline – he stopped trusting people. At the end of the day if a member of your family had taken you for a quarter of a million dollars – so they can complete their own ambitions – who can you trust within your circle?

“The family member got this money and started to buy himself a lifestyle he dreamed about. This did make Kanye upset, but it was all kept quiet. It caused a huge rift in our family.”

Franklin says Kanye become “disconnected” from the family and this is also around the same time the rapper started going on random, bizarre rants on Twitter and onstage.

I had a cousin that stole my laptop that I was f*ckin’ bitches on. Paid that n***a 250 thousand just to get it from him. Real friends…Huh?

Franklin also says Kanye’s mother, Donda West, was his “rock” and believes he continues to deeply grieve her unexpected 2007 passing. He even goes as far to say Kanye wouldn’t be dealing with his current mental issues if Donda were still alive.

In addition to adding details regarding the sex tape, Franklin also spilled some very hot tea, stating that he does not believe Donda would approve of Kim or KimYe’s relationship.

“I’m not personally sure how Aunt Donda would have received the Kardashians other than a good business move. If there was no fame, no fortune and no celebrity status and there was a woman who represented the things that Kim represents, knowing what Aunt Donda represented, she would not have approved.”

Franklin’s entire interview with The Daily Mail goes into more details about the sex tape, Kanye’s distant/odd behavior, and how Donda’s passing continues to affect the rapper. The exclusive is worth the read.

The Daily Mail was unable to get a comment from Kanye or his reps.