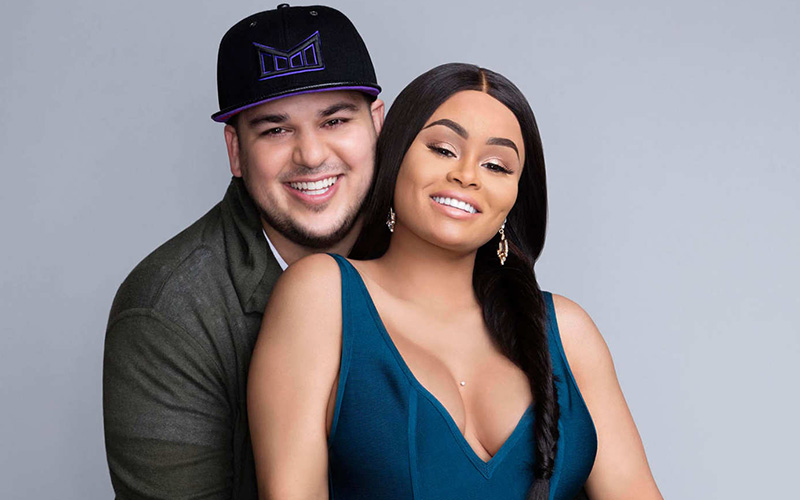 Call it a publicity stunt or call it yet another sad love song, rockin’ Rob’s brain, but whatever you wanna call it, know this: We enjoy watching the mess that is ChyRo all the damn time.

While most folks are getting into the holiday spirit and thinking about spending time with family, Blac Chyna had other plans as she decided to pack up, clean Rob’s house out and run off with their baby.

Poor Rob Kardashian documented the empty-cupboard situation he was left with, though truth be told, I’m not sure if he was more upset about Blac Chyna taking off with his baby girl, Dream, or the BBQ sauce.

So here’s the deal. Rob and Chyna have been having a tumultuous relationship. They’ve insulted and thrown each other out countless times on their reality show. So this latest episode just seems like another chapter in the ChyRo saga.

But the thing that makes this even messier is that Blac Chyna’s Instagram account was supposedly “hacked” and it revealed potentially incriminating evidence that she might have been sneaking around on Rob with other men, like Young Thug.

After Tokyo Toni, Blac Chyna’s mom, caught wind of the brouhaha, she ran to Instagram to defend her daughter’s honor and call Rob depressed and bipolar:

As if she herself isn’t touched in the head?

Many people rightly asked if this latest break-up was simply a publicity stunt for their E! special. Now that the dust is settled post-episode and all of the angry/harshest tweets have been deleted, they might be right.

But let’s face it: The Kardashians have been faking it until they made it and Rob is no different.

Whatever the outcome of this fight, I sincerely hope Rob & Chyna can get back on track and get their shit together. Cause we only handle one Kardashian split at a time, and given the rumors surrounding Kim and Kanye, we’re gonna need Rob and & Chyna to hold it together.