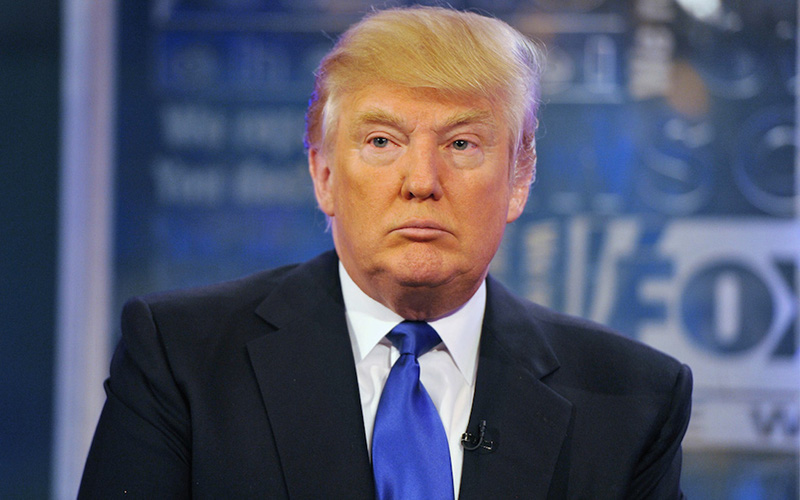 The scariest day since the election is fast approaching and Donald Trump’s Presidential Inaugural Committee is scrambling to find A-list celebrities to perform at the president-elect’s January 20th inauguration. Trump’s team is so desperate they are bribing people with ambassadorships.

The Wrap is exclusively reporting that at least two talent bookers have been offered incentives such as money and ambassadorships to book big-name singers for inaugural events. The two spoke on anonymity and say members of the PIC team have reached out to them in recent weeks.

The first booker, who has booked talent for previous inaugurations, was “shocked” by the offer:

“My first thought was, ‘Are you joking?’ But no, it was serious… Never in a million years have I heard something so crazy. That was the moment I almost dropped the phone.”

After just a few minutes of talking on the phone with the organizer, he “didn’t like what was going on” and declined to work with the 2017 PIC.

The second insider (a talent manager) told The Wrap he was promised “access to the administration” and also subtly offered an offered a government post/ambassadorship.

“They said they were in the process of ‘figuring out posts, ambassadorships and commissions’ if that was of any interest.”

The talent manager says he, too, turned down the offer, but also added that he knew two other people the PIC has made similar propositions to, but they were unwilling to speak to The Wrap.

However, organizers say the search is going well and denied any accusations they have bribed anyone.

“There is no truth to this insinuation. First-class entertainers are eager to participate in the inaugural events. The inauguration as a whole will be an exciting and uniting celebration of freedom and democracy. We will be releasing further details at the appropriate time.”

Trump’s PIC is reportedly looking to book singers like Bruno Mars, Justin Timberlake, and Katy Perry. (Yea, good luck with that). However, Kanye West’s unexpected meeting the president-elect sparked speculation he may perform at the inauguration.

Sources say Trump will most likely have to settle for artists like Ted Nugent and Kid Rock, both of whom Trump supports. Garth Brooks was also rumored to be in talks for the gig, but an insider recently revealed this also not likely to happen.

Honored to have @jackieevancho performing the National Anthem at the @TrumpInaugural Ceremony. She's an inspiration for all Americans! #MAGA

So far, the only person set to perform at Trump’s inauguration is 16-year-old classical crossover singer Jackie Evancho. The America’s Got Talent runner up’s appearance was announced Wednesday (Dec. 12) and she is expected to sing the national anthem.

Hey, when the pickings are this slim, it only makes sense to give the most important song to the first artist that signs on the dotted line.

Even D.C. marching bands are refusing to celebrate President Trump.

No D.C. school marching bands applied to perform in Trump's inaugural parade, after participating in past 5 parades https://t.co/SeZM7rZQpQ pic.twitter.com/m32HOAxy0Q

It’s not unusual for donors, fundraiser organizers, and loyal supporters to be nominated for ambassadorships, which are appointed by the president and confirmed by the senate. However, bribing people to perform at inaugural events is almost unheard of. In fact, these gigs are rarely even paid.

The Sunlight Foundation, a nonpartisan group that advocates governmental transparency finds these allegations against the Trump team troubling.

“It’s bad policy to offer ambassadorships to unqualified, inexperienced individuals, no matter who is president. The public deserves an opportunity to vet the people who will be at the forefront of our diplomatic relations, and this alleged backroom dealing is alarming.”

Personally, I have no plans to watch President-elect Trump’s inauguration. But from the looks of it, I won’t be missing much. I still can’t believe he’s our next president. The man is already (allegedly) making underhanded deals and he’s not even in office.