GOSSIPONTHIS.COM Crime Dylann Roof Trial Reveals He Had Plans for More Shootings at Other... 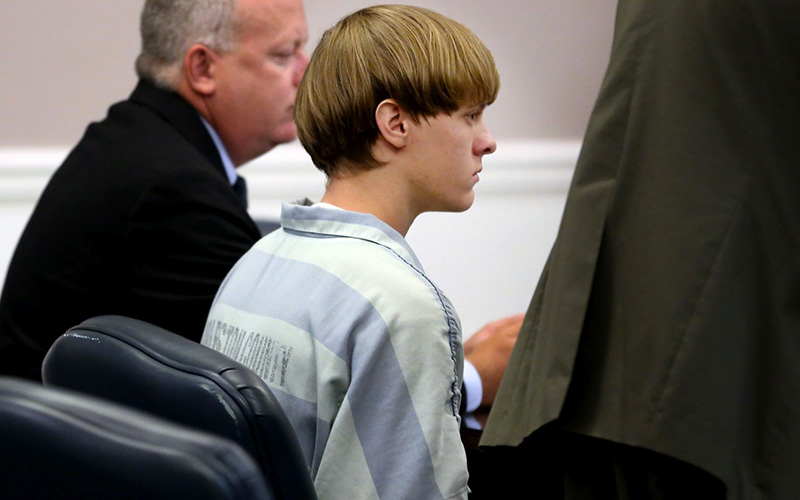 Dylann Roof, the man accused of murdering nine people during a Bible study at a black church in Charleston, South Carolina is officially on trial for his heinous crime. There is no doubt about his guilt, as Roof did not hesitate to confess to his crimes.

“I went to that church in Charleston and I did it,” he said, following his confession up with a laugh.

“Did you shoot them?” a law enforcement officer asked him. “Yes,” he replied with another laugh. Despite his blatant disregard for his horrible actions, Roof has entered in a plea of not guilty. His hope is that he can change that to a guilty plea in exchange for having the death penalty taken off the table.

But as the trial has progressed, more information regarding Roof and his plans have come to light. Namely, he was prepared to go into more black churches to repeat his killing spree but he was too “worn out” after the first one to go through with his plan.

“Oh no. I was worn out,” Roof replied when an agent asked if he thought about killing more black people. But evidence to the contrary has emerged.

During about two hours on the stand, former State Law Enforcement Division agent Brittany Burke testified that names of a handful of other churches and their addresses were found on a handwritten list in a backpack in Roof’s car, indicating he was prepared to repeat his acts elsewhere.

Along with the list, they found clothing, food, beverages, an empty liquor bottle, a travel brochures, cellphone, laptop and burned American flag — leading officials to believe he had been living in his car.

The prosecution have spent most of the trial introducing a mountain of undeniable evidence of Roof’s, now 22, guilt, and now the main focus is on the penalty phase. The defense is hoping, at best, to avoid the death penalty for Roof and instead having him sentenced to life in prison.

Life in prison seems a paltry punishment for someone who killed nine people and then laughs about the matter while on trial, but we will have to wait and see how it plays out.