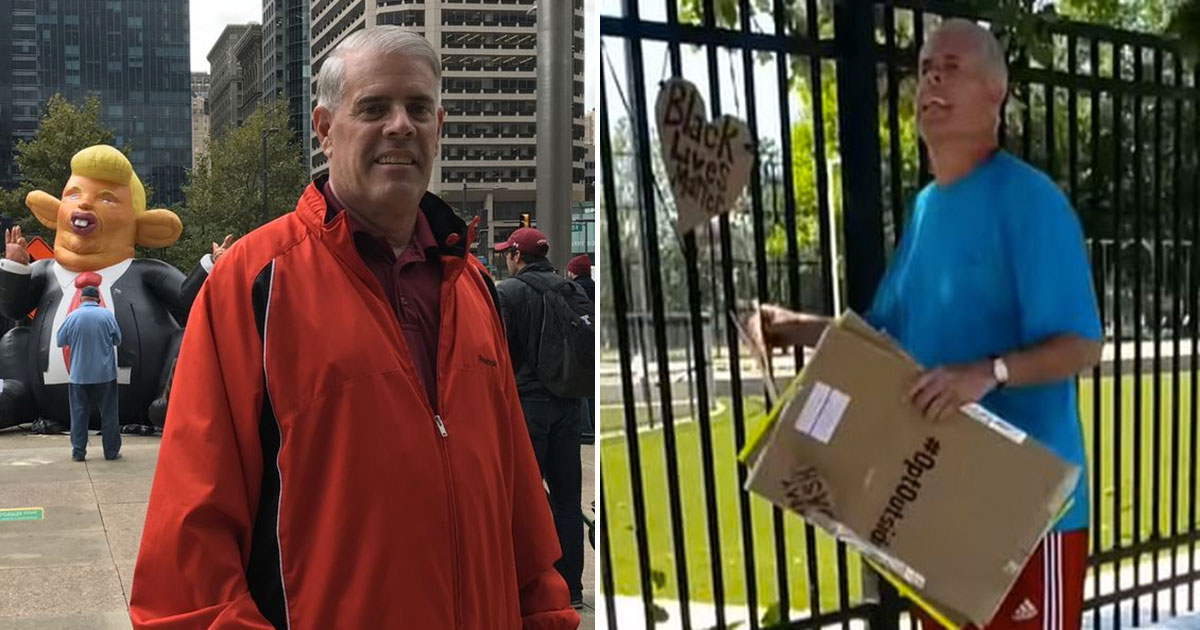 A 61-year-old employee of the Philadelphia Family Court was fired from his position after a viral video was shared online showing the man tearing down Black Lives Matter signs and verbally assaulting a woman.

A post shared by OFFICIAL NO GUN ZONE PHILLY ™ (@nogunzone)

Michael Henkel was captured on camera ripping off multiple posters from a fence near a local playground as someone offscreen questioned what he was doing.

“My taxes pay for this place, just so you know. So I can do whatever I want,” he’s heard saying in the video. “I’m always around here too.”

The woman, who is offscreen, responded by saying, “Great. I live right here … Black Lives Matter!”

“Not to me, they don’t,” was Henkel’s response.

According to reports, Henkel had worked as a supervisor writ server in the First Judicial District’s Family Court where he earned a base salary of $71,591. He quickly lost that position when the video surfaced online.

“The Court takes this incident very seriously and believes Mr. Henkel’s behavior as shown in the video is egregious and totally unacceptable for an employee of the Courts,” said family court spokesperson Martin O’Rourke in a statement.

Henkel is just one of many people who have lost their jobs due to racist remarks and acts since the protests against police brutality took off following the murder of George Floyd.