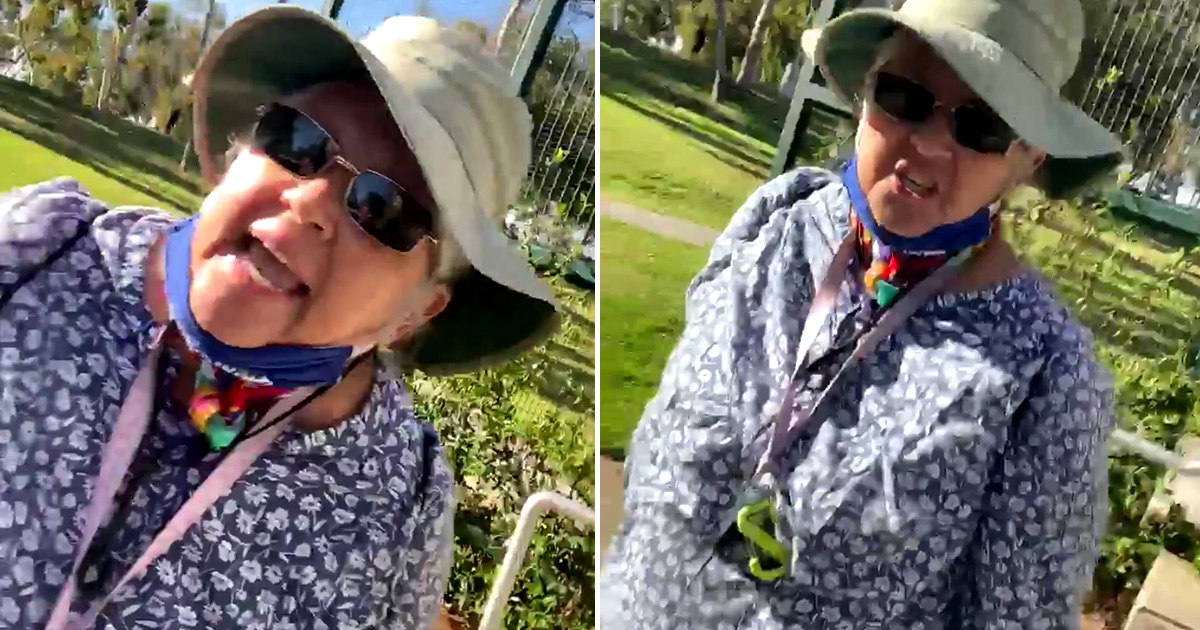 Another day, another racist Karen spewing hateful things at people who aren’t white.

In this instance, Karen is an old white lady who was pissed off at a young Asian woman for exercising on the stairs at Charles H. Wilson Park in Torrance, California.

My coworker/friend encountered an evil racist at the park during her workout in Torrance today ? pic.twitter.com/z0fXtUNpmI

According to the young woman, after Elderly Karen walked through her workout on purpose, she said “Jesus!” which clearly set elderly Karen all the way off.

“Next time you ever talk to me like that, you’re gonna get your ass kicked by my family. They’re gonna f**k you up!” Elderly Karen shouted before suggesting that the woman do her exercises at a gym instead because “this is not just for you!”

Elderly Karen then dared the young woman to post the video on Facebook and threatened more violence before calling her an “idiot” for wearing black clothes in the hot California sun.

It’s worth noting that Elderly Karen and the young woman appeared to be the ONLY two people in the ENTIRE park at the time … and there were plenty of other places for Elderly Karen to walk, so her anger is hella confusing.

The young woman, who asked her name to be withheld, told KTLA she couldn’t believe what happened.

“I was in shock, I was like, ‘I don’t even know how to respond to this. Is this really happening to me?'” she said, adding that the encounter left her shaken and afraid to return to the park.

The Torrance Police Department is reportedly investigating the incident.