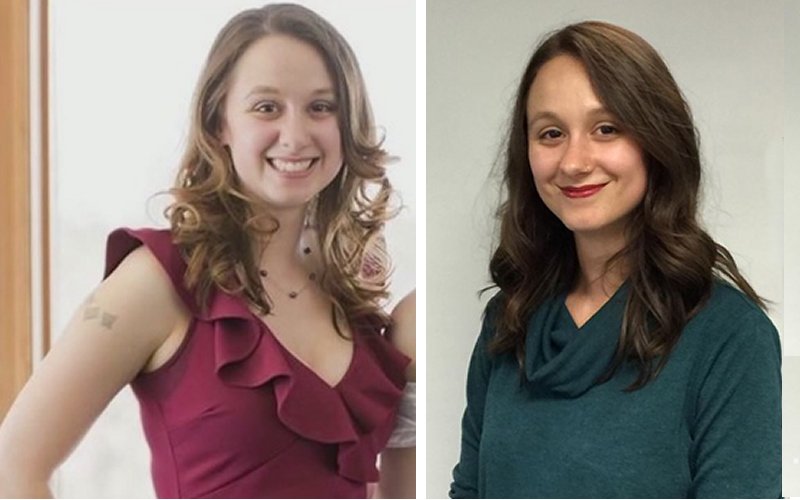 Here are some things you need to know about Danielle Stislicki:

1. Danielle Stislicki’s family believes she has been abducted. Danielle Stislicki’s family has expressed concerns that she has been kidnapped and is being held somewhere. Stislicki has not contacted her family since her disappearance and they believe she would get in touch with them if she was able.

“Our concern is that Danielle is somewhere being held, not by her choice, and wants to come home — and we want to bring her home,” said her mother, Ann Stislicki, in a press conference on Wednesday (Dec. 7). Danielle Stislicki’s parents have stated that she was a dependable young woman and would not disappear without a word.

Stislicki has no known mental health issues and nobody has reported that there was any indication that she was unhappy or that she desired to run away.

Farmington Hills police lieutenant Jeff King said that Stislicki has been described as someone who keeps in contact with her friends and family. Her not contacting them is reportedly “out-of-character.” King stated that both the police and her family are concerned for Stislicki’s welfare.

However, aside from Stislicki’s out-of-character behavior, there is no evidence so far that she has been taken or harmed. Lieutenant King has stated there is “no evidence found at this time to lead us to believe that foul play is involved, but the investigation continues.” He has also stated that “the reason she is missing is not the issue. Her safety is the concern.” He said the police department is utilizing “all resources” to find Stislicki.

2. Danielle was last seen leaving her office job at MetLife and she was on her way to meet a friend for dinner. Stislicki was last seen as she left her office job at the insurance company MetLife in Southfield, MI on December 2nd around 5 pm. She was supposed to stop by her house and then go meet her best friend for dinner at 5:30. However, she never showed up for the dinner and never came to work the next day. When she failed to show for dinner or answer her phone, her friend became concerned and contacted Stislicki’s family.

When she was last seen, Danielle Stislicki was wearing blue jeans, a black zip-up shirt, a sky blue 3-in-1 Eddie Bauer coat and burgundy boots. She is a white woman who stands at 5 feet, 5 inches and weighs about 123 pounds. She has medium-length, wavy brown hair.

3. Her car was found outside her apartment. Stislicki’s jeep was found outside of the apartments where she lived at 6 pm on December 3rd. She lived at Independence Green apartments, which is in the area of Halsted and Grand River in Farmington Hills, MI. Police report that the vehicle was locked and that Stislicki’s purse was found inside. Her identification and credit cards were also there. Police report there was no sign of a struggle.

4. Her phone and keys are both missing. Police are currently looking for Danielle’s keys, which have an easily identifiable key charm attached. The charm is a yellow figure with a smiley-face head. It wears a long-sleeved green jumpsuit with white cuffs on the arms and legs.

Her phone is also missing. It is a Samsung Galaxy Core Prime Phone in a rose-colored phone case. All attempts to contact her through her phone have gone straight to voicemail. Anyone who sees either of these items should contact the Farmington Hills Police Department at 248-871-2610.

5. There is a reward of $120,000 dollars for information relating to her whereabouts. Both Danielle Stislicki’s apartment complex, Independence Green, and her place of employment, MetLife, are offering $50,000 for news of her whereabouts. In addition to this, Stislicki family friend Kathleen Price has set up a GoFundMe page to put money towards the reward. As of Sunday (Dec. 11), over $24,000 dollars has been donated.

Police ask anyone with information to contact the Farmington Hills Police Department at 248-871-2610. Callers can leave anonymous tips if they so choose.

6. A candlelight vigil was held for her on December 10 at the MetLife Office Building.

A candlelight vigil was held Saturday evening at the last place Stislicki was seen, which was the MetLife Office Building on Telegraph Road. Roughly 100 people attended the event. Danielle Stislicki’s mother, Ann, spoke to the crowd at the event. She thanked them for their outpouring of support.

“You become weak and you feel like you can’t push any further and there’s someone there and there’s a Facebook post and there’s someone saying ‘I’m getting you this, I’m finding you the opportunity to go ahead and put her face and the information on a bulletin board.’ That is the support that, although you may not know it, that has been what has kept us going.”