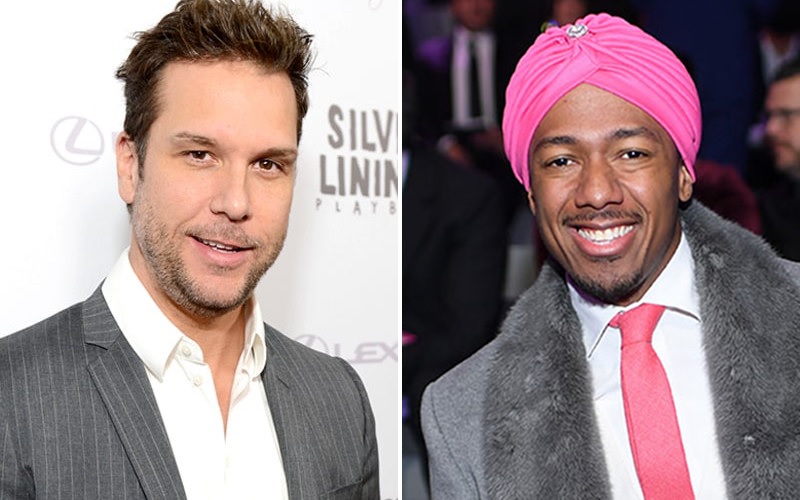 Nick Cannon has been wearing turbans for a minute now. While some may still see this fashion choice as odd, we’ve kinda just let it go. Well, not comedian Dane Cook.

He spotted Cannon wearing a pink turban during Monday night’s Victoria’s Secret Fashion Show and was so perplexed by the situation, Cook took to Instagram to shame Cannon.
Cook snapped a screenshot of Cannon wearing the pink turban and wrote an unnecessarily long rant on Instagram.

In “utter disbelief,” he wrote in part:

Last night Nick Cannon wore this shit. He put this on his head and he looked in a mirror and he walked away from the mirror without saying to himself, “Hey self mayyyyyybe I shouldn’t look like Zoltan and wear a fuhhhhhking pink turban with one of the infinity stones from Avengers on it…”

I just opened my fridge and randomly punched into it in utter disbelief.”

Cook’s white college frat boy comedy has never made me chuckle, so maybe the joke has gone over my head. But now, I’m the one sitting in “utter disbelief” over this Instagram rant. I’m not sure if he was aiming for humor or legit shaming Cannon. Is he afraid of turbans? Or was the pink color his main issue?

Cannon clapped back with an IG post of his own.

Cannon revealed to People magazine in November the personal reason he has been wearing turbans over the past few months. It goes way beyond a simple fashion statement.

“I want to represent my inner king, and to do it in a fly way. It’s a great conversation piece but it also allows me to express that spiritual side…I have a good time with it, but it actually does mean a lot to me.”

Cook has not responded to Cannon’s clapback and it’s unknown if the two had a private chat. Cook’s Instagram rant remains posted.