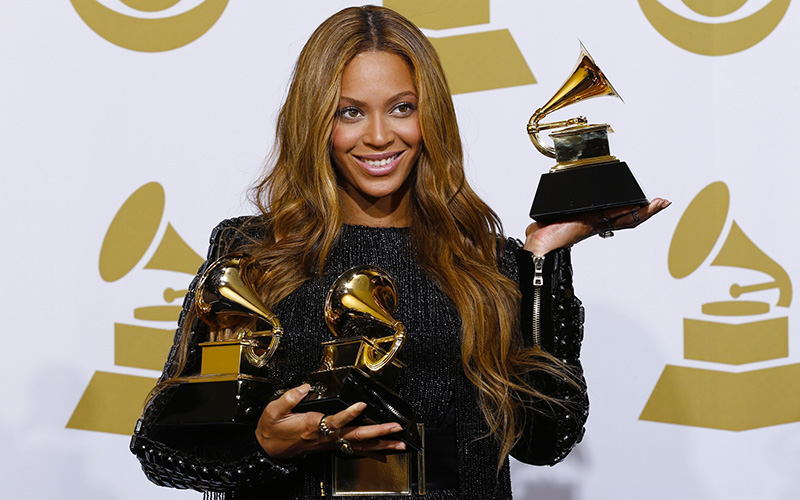 The 2017 Grammy nominations were announced yesterday, and Beyoncé has 9 reasons to celebrate.

Thanks to the massive success of her visual album Lemonade, Queen Bey scored a whopping NINE nominations for the 59th Annual Grammy Awards, making her the most-nominated female artist in the history of the Grammys.

Beyoncé, who now has earned 62 nominations in total across her career (with 20 wins!), is already one of two female artists who have been awarded the most Grammys in one night, after taking home six trophies in 2010 — Adele tied that record in 2012. But now, Mrs. Carter is also well on her way to breaking yet another record — most Grammy wins for a woman, which is currently held by Alison Krauss, who has 27.

If she wins at least 7 at next year’s Grammys, she’ll tie with Krauss, but if she wins at least 8 (or ALL NINE), she’ll not only break Krauss’ record, but she’ll be the second-most decorated Grammy winner (regardless of gender) of all time, wedged in between legendary producer Quincy Jones, who has 27, and the late orchestral and operatic conductor Georg Solti, who has 31 Grammy award wins.

Performers have yet to be announced, but with nine nominations, we wouldn’t be surprised if Queen Beyoncé  slayed yet another awards show stage in the name of Lemonade.