GOSSIPONTHIS.COM Celebs Are T.I. & Tiny Headed for Divorce Because of Floyd Mayweather? Source... 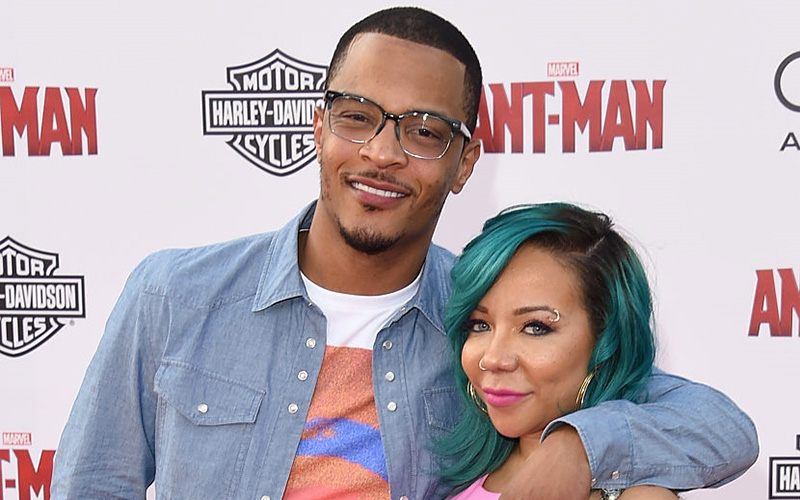 The ongoing feud between T.I. and Floyd Mayweather may be causing trouble in T.I. and Tiny’s marriage. Reports that couple is divorcing have spread since Floyd and Tip have traded a few jabs online over the past few days.

Though a rumor suggested Tip had filed for divorce after a video of Tiny and Floyd dancing surfaced, Gossip Cop has confirmed this is not true. However, the site says Tip and Tiny’s relationship has hit a “rough patch.”

A source says T.I. was “not thrilled about what happened” regarding the leaked video, but “plans for divorce is not on the table.”

“They are always up and down. They’re as much together and apart as they’ve always been. At the end of the day, they’re ride or die.”

The source even stated the couple still live together. For quite some time, reports have claimed the couple lives apart in separate houses. The source attempted to explain they stay at different homes on any given day simply because T.I. owns multiple properties.

Divorce may not be on the table just yet, but problems in their marriage clearly exists. Since the Floyd/Tip drama earlier this week, Tiny has thrown shade at her husband on social media. She has liked several memes that can only be seen as direct hits towards T.I. Will Tip and Tiny be able to weather this storm? T.I. recently posted an inspirational message on Instagram following the Floyd drama. Hopefully this is a sign the couple can take Floyd Mayweather out of the equation and focus on their real issues at hand.