GOSSIPONTHIS.COM TV Cast of How to Get Away with Murder Reveal Their Reactions to... 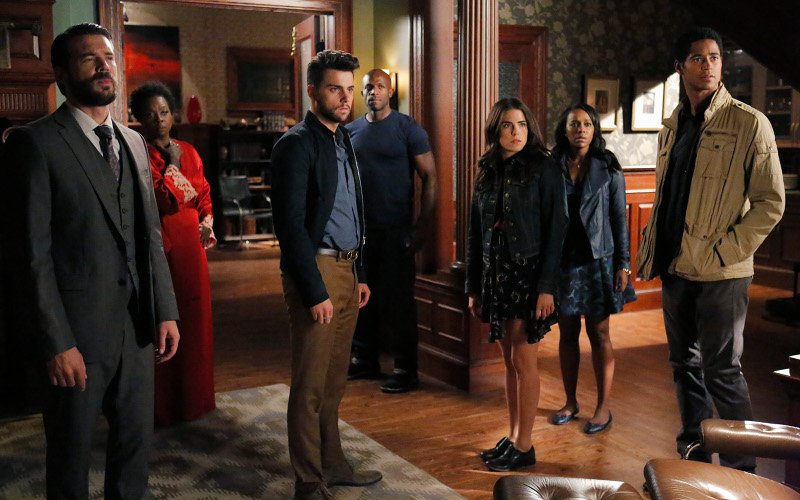 Are you still trying to recover from that crazy How to Get Away with Murder winter finale? After months of anxious anticipation, it was revealed central character Wes was dead #UnderTheSheet. We’ve learned how actor Alfred Enoch handled the decision to kill his character off, but how did the rest of the cast react?

Entertainment Weekly was on the set as the cast filmed the #UnderTheSheet episode in mid-October. “Devastated” was the word of the day as they revealed their thoughts on the shocking death of Wes.

“I think all of us knew that no matter who it was, it was going to be devastating, but it was extremely upsetting” – Liza Weil (Bonnie)

“I was devastated, which is a word you might hear a lot if you talk to some of us” – Charlie Webber (Frank)

HTGAWM creator Peter Nowalk wasn’t sure which character he wanted to kill off until the very last minute. The cast was kept in the dark until late September and were extremely saddened they would have to say goodbye, not only to a character that was practically the glue to the ensemble, but a dear friend.

“I was extremely disappointed and sad. Alfie is like my little brother, and I really love him and I want him to be here, so I don’t want his character to be dead.” – Aja King (Michaela)

“I couldn’t perform for like an hour I was sobbing, and we were shooting a scene in the lecture hall and I couldn’t stop crying… They stopped filming and there’s me crying and Aja started crying, and hair and makeup people started crying.” – Karla Souza (Laurel)

“We’re a big family on set. It’s just really tough to know that a friend of mine would be going. It’s hard for us too because Alfie doesn’t live [in the US].” – Jack Falahee (Connor)

After they got over the initial shock and dried their tears, the cast turned to humor to get them through the next few weeks of filming. Enoch joked they would “forget me in two weeks” and a nameless cast member joked about getting Enoch’s call sheet time.

The cast (and fans) still have a little more time with Enoch though, thanks to the show’s signature flashbacks. The second half of the season will focus on who/what killed Wes and what happened between the time he left the police station and his death in Annalise’s house.

How to Get Away with Murder returns January 19th.