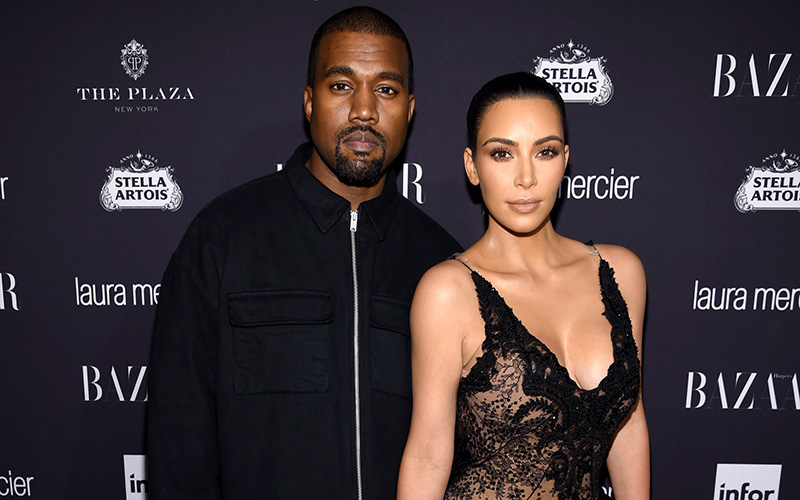 Kanye West has been rushed to a hospital in Los Angeles for psychiatric evaluation, and his wife Kim Kardashian reportedly skipped out on attending an event in New York City so that she could head to LA to be by his side.

According to reports, Yeezy was taken to UCLA Medical Center in California, initially against his will, after being examined by doctors for severe sleep deprivation. TMZ reported that the rapper was at the home of his trainer, Harley Pasternak, Monday afternoon (Nov. 21) when he began to act “erratically.”

Sources familiar with the case confirmed with NBC News that Los Angeles police responded to a “medical welfare call” at about 1:20 p.m. PST (4:20 p.m. EST) and the decision to put West in the hospital “was for his own health and safety.”

When paramedics arrived on the scene, Kanye was “calmer but still resistant to going to the hospital,” TMZ reported, though everyone (including his management and law enforcement) convinced him to go. Police told TMZ the rapper was “restrained by handcuffs to a gurney” while being transported to the hospital.

Kanye’s sudden hospitalization comes amid reports of him abruptly cancelling the remainder of his Saint Pablo Tour after going into an extended rant at a Sacramento concert, in which he verbally attacked Jay Z, Beyoncé, Drake and others.

Meanwhile, it’s now being reported that his wife Kim Kardashian — who was due to make her first public appearance in New York City Monday night since the Paris robbery incident back in October — has left NYC to be by Kanye’s side in Los Angeles.

Kim was scheduled to attend the 2016 Angel Ball, hosted by Gabrielle’s Angel Foundation For Cancer Research, in honor of her late father Robert Kardashian, but skipped the gala after learning of her husband’s hospitalization. Kim’s sisters, Khloe and Kourtney, along with their mother, Kris Jenner, attended the event and posed for photos on the red carpet. When asked why Kanye had canceled the rest of his Saint Pablo Tour, Kris told Entertainment Tonight that Kanye had been suffering from exhaustion. “He’s just really tired,” she said. “It’s a grueling tour.”

Regarding Kim’s whereabouts, Jenner said, “She’s [taking things] one step at a time … It’s a process.”