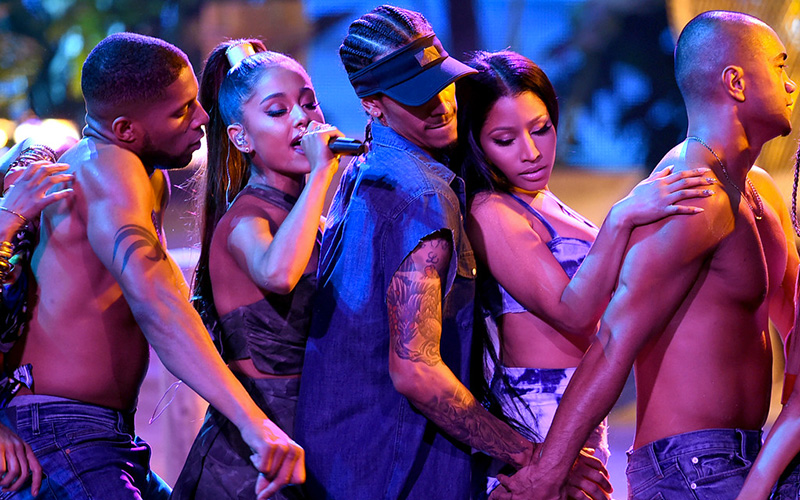 At the 2016 AMAs, President-elect Donald Trump was the subject of several punchlines by hosts Jay Pharoah and Gigi Hadid. But Trump got a sly shout out from Nicki Minaj and Ariana Grande during their performance of their slinky, island-tinged collaboration “Side to Side,” when Nicki Minaj opened her legs on stage and well, to use Trump’s verbiage, grabbed her pussy. Maybe this is Nicki’s way of signaling she’s game for Trump’s administration? Or at least that’s how I’m interpreting it, but hey, since Trump’s stunning victory, I’m interpreting everything with a political lens. So it could just be me.

While Nicki stole the scene with her raunchy vag-grab, Ariana Grande should be commended for her belty, throaty vocals. While the scene looked like a Xerox of Nicki Minaj’s “Anaconda” video, Ariana was giving us runs like her name was diarrhea.

Watch Nicki Minaj and Ariana Grande give us jungle fever in their AMAs 2016 performance below.