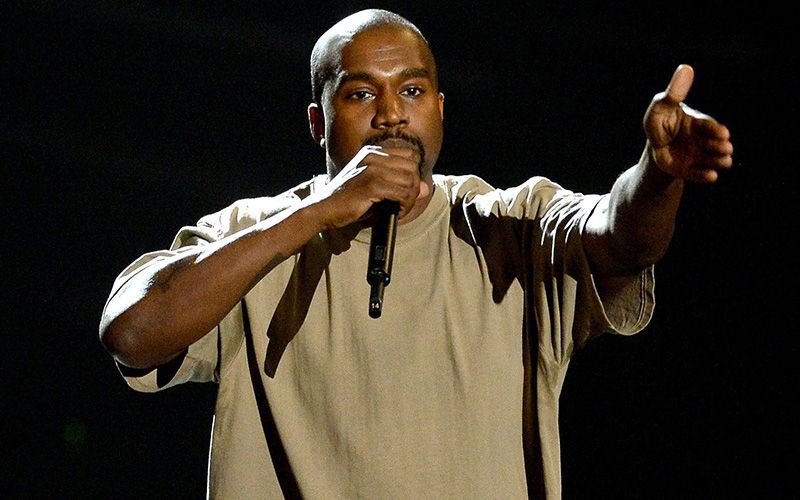 We all know Kanye West likes to a lot of nonsense. But now he has gone too far. The rapper went on 20-minute long rant during a recent concert and blasted Beyoncé in the process.

Kanye took the stage at his Saturday (Nov. 19) concert in Sacramento 90-minutes late. However, instead of giving the fans an awesome show, he ranted about Queen Bey, Jay Z, Mark Zuckerberg, and Hillary Clinton. He even made another Donald Trump reference. The unnecessary 20-minute rant lead to boos from the crowd and Kanye ended the show after performing just two songs.

“Get ready to have a field day press ’cause the show’s over,” he said before ending the show. And guess what? We are.

Kanye criticized radio DJs for playing the same music over and over. He then called out Drake and DJ Khaled and accused them of purposely making their song “For Free” radio-friendly in order to get more airplay.

"Radio, I done talked to you a bunch of muthafuckin times. Ya'll are behind. The st Pablo tour is more relevant than radio"

As the rant continued, the rapper seemed to become even more unhinged than usual. He brought up his current beef with Jay Z. He also had to bring Beyonce’s name into the mix, alleging she wouldn’t perform at the MTV VMAs unless she won Video of the Year. Kanye was also nominated in the category.

“Beyonce I was hurt because I heard you said you wouldn’t perform unless you won video of the year over me and over Hotline Bling. In my opinion – now don’t go dissing Beyoncé, she’s great. Taylor Swift is great. We are all great people. But sometimes we be playing the politics too much and forget who we are – just to win. F**k winning, f**k looking cool, f**k being cool.

“Jay Z, I know you got killas. Please don’t send them at my head. Just call me—talk to me like I man.”

During his San Jose concert Thursday (Nov. 17), Kanye came under fire after admitting that while he didn’t vote in the presidential election, he would have supported Donald Trump. He echoed that sentiment in Sacramento.

“This is the future. This is the way of thinking to make America great again.”

Oh, but he didn’t stop there. He continued to “speak truth” by alleging Google and Facebook creator, Mark Zuckerberg, has lied to us all.

“If you keep following old models, your ass is going to get Hillary Clinton’d.

All of this lead to #KanyeIsOverParty becoming the number one trending topic worldwide. And the BeyHive lead the charge.

The Beyhive woke up OUT THEY SLEEP to drag Kanye. Jsjsjsj

It's about time y'all realized Kanye was garbage #KanyeIsOverParty pic.twitter.com/LHB5T5R7bV

"Can we listen to Famous by Kan-" pic.twitter.com/g5PGe6SHJ3

The Bee Hive is pushing thru to the #kanyeisoverparty ?? pic.twitter.com/Bf3NEFqpoh

#kanyeisoverparty i've been waiting at this party for YEARS now. pic.twitter.com/Azj1r00A1q

Honestly, we’ve come to expect this from Kanye. However, this rant seemed a little different, which made me wonder “Is he going through something?” As it turns out, Kanye mother, Donda West, passed away in November 2007. He had a very close relationship with her and her passing was unexpected. Maybe, he was reflecting/grieving last night. Who really knows?

I highly doubt the rapper’s career is actually “over.” However, I think we can all agree he needs to take a break.