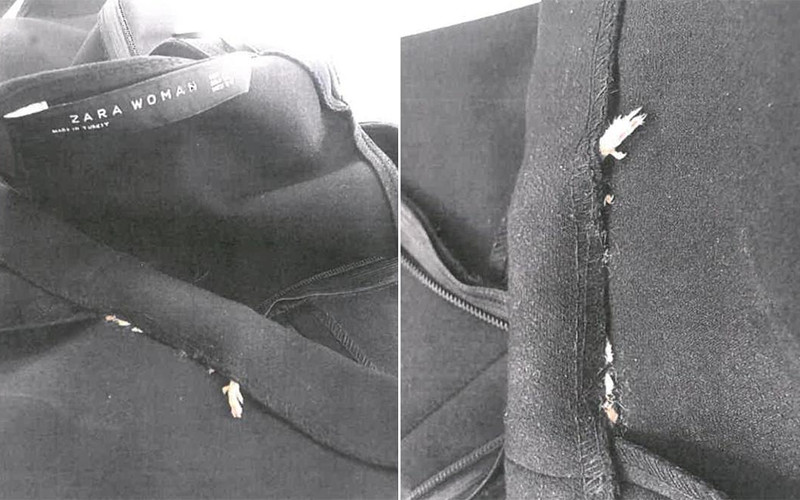 The following story will most likely creep you out and give you the heebie-jeebies. A New York woman is suing the clothing company, Zara, after suffering an extremely gross experience while wearing one of its products. Cailey Fiesel says she found a dead rat sewn into her dress!

The 24-year old bought two dresses from a Greenwich, Connecticut Zara store in July. However, she wore one of the dresses for the first time to work in August. Court documents detail the experience of how she discovered the alleged rat sewn in the hem of her dress. It literally reads like a horror story.

Per the Manhattan Supreme Court lawsuit:

“While at work, she started to notice a disturbingly pungent odor and was unable to identify the source. Despite getting up from her desk and walking around, she was unable to escape this odor.

Citing personal injuries and emotional distress, Fiesel has sued the Spanish company claiming it was negligent in manufacturing, inspecting, and distributing its products. She also allegedly suffered a rash caused by a “rodent borne disease.”

The monetary amount in damages Fiesel is seeking is unknown. The court documents simply states “a sum that will fairly and adequately compensate her for the damages and injuries she has suffered.”

Zara has acknowledged the lawsuit and is investigating Fiesel’s claim.

“Zara USA has stringent health and safety standards, and we are committed to ensuring that all of our products meet these rigorous requirements.”

I absolutely hate rats and their gross tails. After this bizarre story, I suggest you all look into your closets and closely examine the hems of your clothing. You might have dead rat too (or maybe something worse)!