GOSSIPONTHIS.COM TV How to Get Away With Murder Poll: Who Is Under the Sheet?... 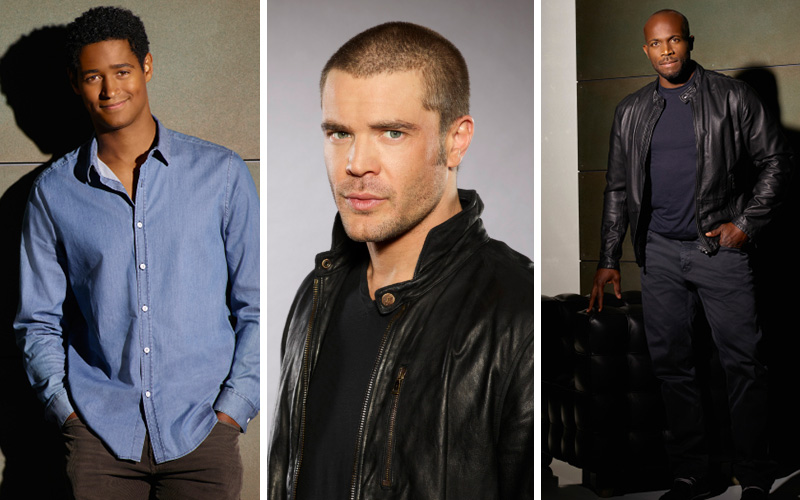 WHO IS UNDER THE SHEET?!?

We’re one week away from the mid-season finale of How to Get Away With Murder, which means that there are just days (DAYS!) left until we finally get the answer to that burning question that’s been bugging us all season long: “Who the hell is up under that sheet?!”

In the Season 3 premiere, it was revealed that someone died in Annalise’s house, which is ON FIRE, Y’ALL. Annalise fights her way through policemen and paramedics to take a peek at who’s under the white sheet on the stretcher. She howls and breaks down into tears (Annalise tears, which include A LOT OF SNOT) after finding out who died. Later in the season, we found out Laurel was in the fire also. She survived, but she’s in pretty bad shape.

As the rest of the season unfolded, we were slowly able to eliminate a number of characters from the list of people who could be dead. We know it’s not Laurel (she survived and is recovering in the hospital), and we know for a fact it’s not Bonnie, Oliver, Michaela or Asher. And at the very end of Thursday night’s episode, Connor’s name was cleared after it was revealed he was under a different sheet (he hooked up with the same guy who turned Oliver down for having HIV).

So that leaves only a few characters: Nate (Annalise’s on-and-off lover), Frank (Annalise’s former “hitman” who she now hates after learning he’s responsible for killing her baby) and Wes (Annalise’s most treasured student who she’s been fighting to protect at all costs).

Frank has been MIA most of the season, but in last night’s episode, he finally comes face-to-face with Annalise and they get into a huge argument. He feels terrible for being responsible for killing her baby years ago, so he plans to “fix” things by killing himself. As he points a gun to his head, Annalise yells at him to “DO IT!” while Bonnie is behind her crying and begging him not to.

The scene ends without us knowing what happens from there, but the question still remains: Who is under that dang sheet?!

Judging by Annalise’s distraught reaction in the season opener, it’s someone she cares deeply about, which could possibly rule out Frank, leaving either Nate or Wes (or maybe someone else that isn’t so obvious).

So the question remains, “WHO IS UNDER THE SHEET?!”

It's the answer you have been waiting for … Find out
WHO. IS. #UNDERTHESHEET!#HTGAWM pic.twitter.com/idGrKo1FvW

Is it Frank? Is it Wes? Is it Nate? Is it someone else we haven’t been introduced to (or someone that we forgot about)? Take our poll below!