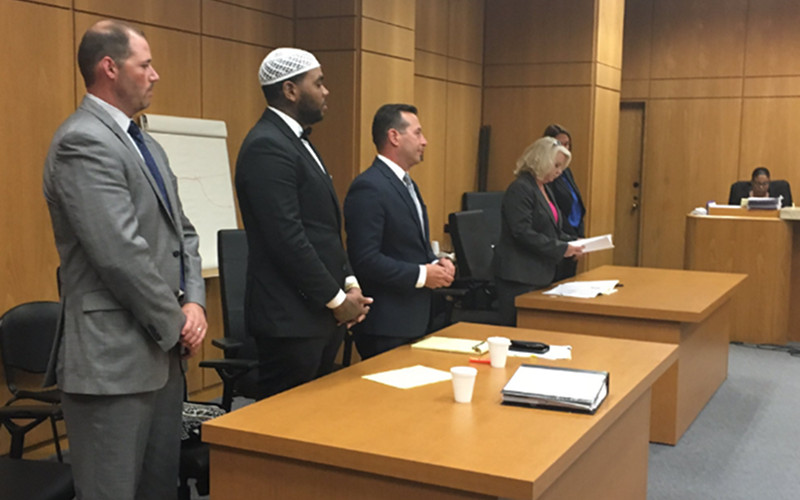 An incredibly unnecessary overreaction has landed Kevin Gates in jail. The 30-year-old rapper was found guilty of battery on Wednesday (Oct. 26) and was immediately taken into custody to serve a 180-day sentence in jail.

The guilty misdemeanor battery verdict is in connection to an August 2015 incident. Gates was performing in Lakeland, FL and kicked a female fan in the chest after she grabbed at his ankles.

18-year-old Miranda Dixon said she was only trying to get the rapper’s attention, while Gates testified that he feared for his safety and was simply defending himself. His lawyer Jose Baez (also Casey Anthony’s lawyer) even tried to use Florida’s “Stand Your Ground Law” as a defense. Yes, the same law that allowed Trayvon Martin’s killer to go free.

Gates clearly didn’t take the trial seriously, as he appeared to be asleep during testimony.

Nonetheless, a jury of six white women found Gates guilty. Baez argued a minimal sentence of 60 days in jail and one year of probation and anger management, but the judge was playing no games and sentenced the rapper to six months in jail. I wonder if Gates is still preaching “All lives matter?”