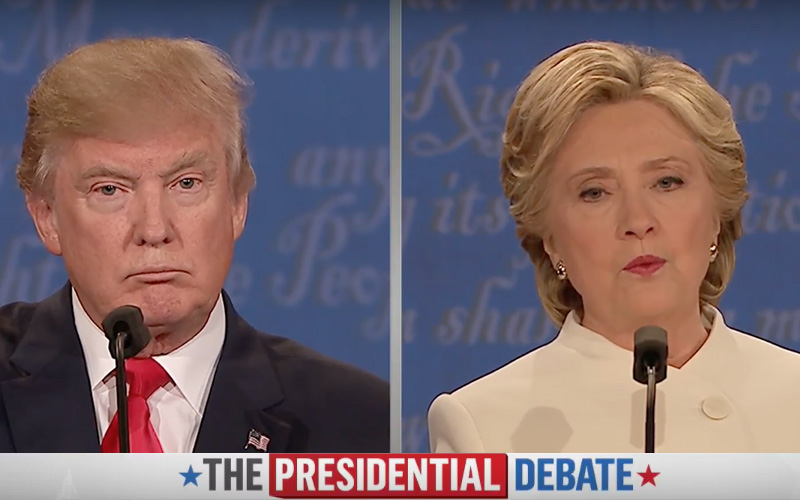 On Wednesday, October 19th at 9 p.m. ET at the University of Nevada in Las Vegas, Hillary Clinton and Donald Trump will face off in the third and final 2016 presidential debate.

This debate is the most important as it is one of the last chances for either campaign to sway voters and will mark the official countdown to Election Day on November 8th, which is less than three weeks away from today.

Hillary came out of the first two debates with wins so the odds are in her favor to take home a third and final win, especially since Trump’s campaign has been going into a downward spiral with the now infamous leaked tape in which Trump bragged about how his fame gives him the privilege of grabbing women by the p***y.

The third and final presidential debate will be moderated by Fox News anchor Chris Wallace and will be in a more traditional form. The audience isn’t allowed to cheer/boo so that both candidates can focus on giving clear and coherent answers.

The debate will feature six 15-minute segments, with each devoted to a single topic: debt, immigration, the economy, the Supreme Court, foreign hot spots and the candidates’ fitness to be president.

As for how you can watch the debate, if you prefer the “old school” method (i.e. TV) the following broadcast networks will be airing it live: ABC, CBS, NBC, FOX, PBS and Univision. The following cable networks will also air the the debate live: CNN, Fox News Channel, Fox Business Network, MSNBC, CNBC, Fusion and C-SPAN.

If you don’t have a television or prefer to watch the debate online, a number of networks, like NBC for instance, are hosting live streams either through their own websites or via YouTube. Scroll to the top to watch NBC’s live stream or keep scrolling for other sources (in case that one doesn’t work):

You can not only watch the debate via Twitter, but you can also follow and participate in a live discussion with the Twitterverse using the hashtag #debatenight.

In case you want to live stream the debate on Facebook, ABC News has partnered with them to allow you to do just that.