GOSSIPONTHIS.COM News It Didn’t Take Long for Facebook Marketplace to Get Weird 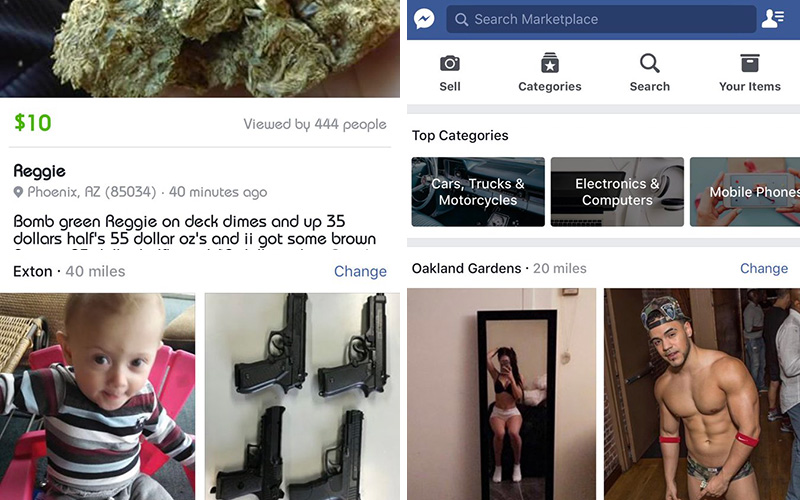 Yesterday, Facebook officially launched its newest feature called Marketplace — a direct competitor to the widely popular Craigslist. The idea was to take the “buy and sell” groups that 450 million users are already using and create a whole new tab in the app for peer-to-peer shopping.

Much like Craigslist, the idea was to create a shared space for people to buy and sell goods in an easy to use, safe environment. And much like Craigslist, that didn’t last long. Within a day, the Marketplace was flooded with ads for drugs, sex, animals, and a number of other weird things that are supposed to be banned from the app.

they were on Facebook marketplace this morning lol pic.twitter.com/Ew5avraNLB

Thank you Facebook Marketplace for giving me the opportunity to buy babies or guns… pic.twitter.com/4g08zXkpmk

Facebook Marketplace is everything I dreamed it would be! pic.twitter.com/SjEKgaDnmz back in NY we have to just buy our drugs on Facebook pic.twitter.com/K52j7RUlz7

look at the high quality goods and services being offered on the Facebook marketplace near me pic.twitter.com/znRY1RdJih

You see guys, this is why we can’t have nice things.