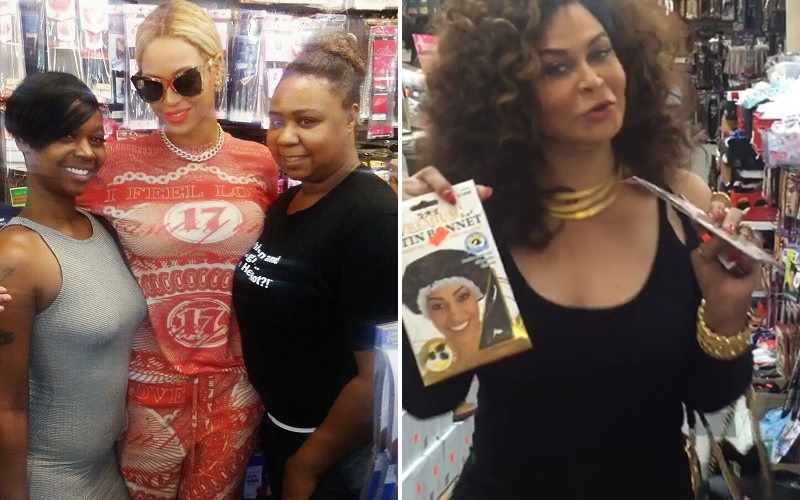 As if “Formation” and Lemonade weren’t enough proof that Beyoncé is sooo unapologetically black, her trip back to her hometown should seal the deal.

As the “Formation” tour headed to Houston, Beyoncé and her mama, Miss Tina, just had to stop by their “old hood beauty supply” store.

Bey and Tina Lawson took a stroll down memory lane as they visited Solid Gold. Former hairstylist, Miss Tina, affectionately called the store their “hood beauty supply.” The two snapped a few photos and Lawson even bought satin bonnets, a must-have, she noted.

Beyonce was also spotted by two customers and took a photo with the fans.

Apparently, there were rumors refused to take the pic because of her “busy schedule.” However, one of the women shot down the rumor by posting the photo on her private Instagram account.

“I saw a post where someone said she was being rude so I decided to post this pic. If you are understanding or if it’s something to where they can make a difference or leave an impact on someone’s then they will. This is the impression that she gave me…All I know is I’ll never forget that moment and I’m sure that’s the reason why she did that so I could have a great memory of meeting someone like herself. Very humble lady!”

Causally sitting in her car, another fan caught Bey and Miss Tina taking pics outside Solid Gold. Bodyguard Julius tried to block the shot though.

https://www.instagram.com/p/BKuGLxxD5y4/
The fact that she never forgets where she came from and can still relate to the average black woman experience is just reason number 19,38,477,373,982 to absolutely love Queen Bey!