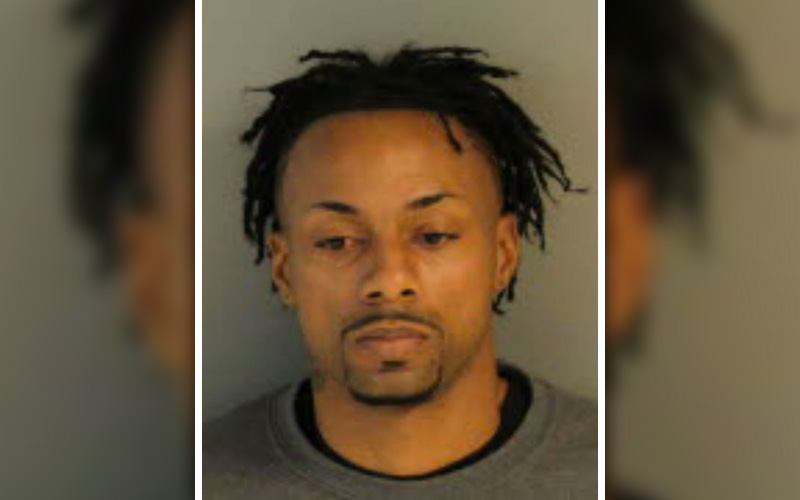 Dance coach John Conner III was arrested on Friday (Sept. 16) for having sex with a minor and exposing him to HIV.

Here are some things to know about Conner and his arrest:

1. He and the teen had unprotected sex on several occasions. Police say Conner was arrested on Friday, September 16th for having sex with one of his male students and exposing the teen to HIV. Conner allegedly met the teen on a social media site and they hit it off from there.

The two had unprotected sex several times in Conner’s car, but he didn’t tell the victim he was HIV positive. The sexual encounters all occurred last year. They also sent each other texts containing nude photos and discussion of sexual activity, WREG reports.

According to reports, Conner was diagnosed with HIV in 2012. He was charged with criminal exposure to HIV, soliciting sexual exploitation of a minor and statutory rape by an authority figure. He is due in court on Monday, September 19th. Last month, Conner revealed to the world that he had attempted suicide and was HIV positive. In a lengthy Facebook post, Conner said that he took over two bottles of pills and was placed in a mental institution on suicide watch.

“3 days ago I attempted suicide by taking over 2 bottles of pills because of a situation that happened over a year in a half ago that was recently brought up, but wasn’t told correctly. When the ambulance arrived I was out of it. I had a long conversation with God apologizing and begging for forgiveness of the decision on taking my own life. I remember them telling me that they had my assistant meeting my mom to tell her that I was dead. I wasn’t moving and unresponsive. They had me on suicide watch and had to give me a lot of fluids to get me back and my kidneys where completely dry. God takes us through things for a reason and test our faith to see who’s really a true believer. I was discharged from the hospital and sent to a mental institute and placed on suicide watch along with taking medication for depression.”

He said in addition to the HIV diagnosis he also suffers from depression.

“I just found out I suffer from depression of not being able to cope the fact that I was giving HIV,” Connor wrote. “YES I SAID IM HIV+, but I thank God for protecting me and KEEPING ME UNDETECTABLE!!!! This is a hard pill to swallow, but at the end of the day it’s something I have to deal with.”

Conner also said that people were trying to destroy him and take over his dance team.

“God knows this has been a trying year for me, but since I’ve been here and talking to counselors, it’s giving me time to think and really pray. God told me son everything will be gone despite how people try to hurt me I’m still standing. Never in a million years would I ever feel people (that are close to me) would do anything to destroy me. For some that have known me forever to not know the difference in something that’s not all the way true is crazy; all to try and TAKE OVER MY DANCE TEAM…….didn’t know it was really that serious.”

He went on to add:

“God knows this has been a trying year for me, but since I’ve been here and talking to counselors, it’s giving me time to think and really pray. God told me son everything will be gone despite how people try to hurt me I’m still standing. Never in a million years would I ever feel people (that are close to me) would do anything to destroy me. For some that have known me forever to not know the difference in something that’s not all the way true is crazy; all to try and TAKE OVER MY DANCE TEAM…….didn’t know it was really that serious.”

3. Conner is a famous coach on the TV show “Bring It.” Conner goes by “Coach John” on the show and is also called “Lil John” and “Jay John.”

4. He has spoken out against the allegations and is claiming his innocence. Conner took to Facebook to deny the allegations and claims that he is totally innocent. Conner says this is just another test for God.

“For those who no me no my truth and for those who don’t know me are subject to believe what you here or read. Well I am asking those that no me to make those who don’t aware of the type of person I am and the character I have. Yes I have been accused of something that is so not true and yes I turned myself in as soon as I heard I was being looked for. Notice I said I turned myself in. I have nothing to run from or hold my head down for. I am a child of God first and I’m human second. But at all times I love me and my freedom too much to have done what I have been accused of. Does it hurt,yes, does it touch me of course, but will it get me down. NO WAY. This is just another test I have to go through and another one that I will past. I just ask that when you see the posts,the comments from fake pages, the news, or even your next door neighbor and they say things about me. Ask yourself do I know him and them ME and if you don’t ask someone that does and remember just cause people know my face from TV don’t mean they no ME.”

In another status, he wrote:

“Everything happens for a reason, but with God things will be okay! With everything you try to do and say to hurt me God got me……I know what’s real!”