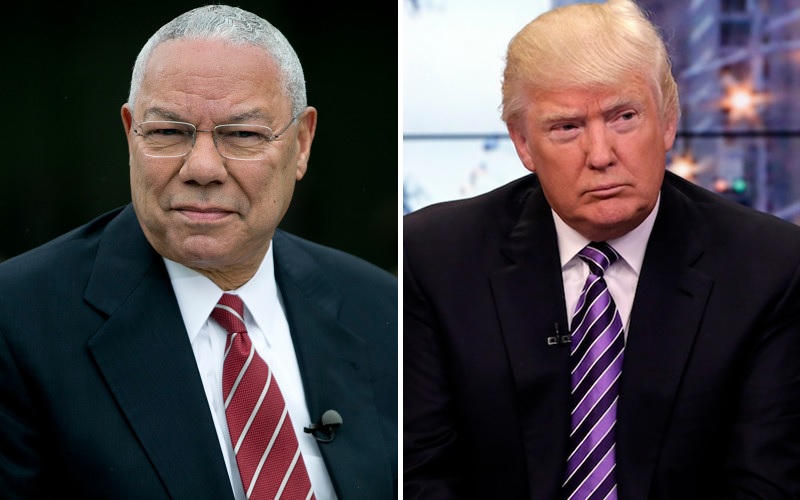 More emails hacked emails from the Democratic National Committee continue to leak, and the latest batch of leaked emails has a prominent Republican making headlines. As it turns out, Colin Powell just might be the only Republican making sense in this bizarre presidential election.

In the emails released, the former Secretary of State refers to Republican nominee Donald Trump as a “national disgrace and an international pariah.” Powell wrote most of the emails to his former aide now-journalist, Emily Miller. Unlike other Republicans, he candidly speaks out against Trump.

Here are a few notable comments from the emails sent between May and August 2016:

“[Trump] is in the process of destroying himself, no need for Dems to attack him.”

“He appeals to the worst angels of the GOP nature and poor white folks.”

“For [Trump] to say yesterday that within four years he would have 95% of blacks voting for him is schizo fantasy… And (former Fox News chief Roger) Ailes as an adviser won’t heal with women.”

“Yup, the whole birther movement was racist. That’s what the 99% believe. When Trump couldn’t keep that up, he said he also wanted to see if the certificate noted that he was a Muslim. As I have said before, ‘What if he was?’ Muslims are born as Americans everyday.”

“Or as I said before the 2012 election, ‘There is a level of intolerance in parts of the Republican Party.’”

In a December 2015 email to Fareed Zakaria of CNN, Powell criticized media’s constant coverage of the then-Republican nominee hopeful.

“You guys are playing his game, you are his oxygen. He outraged us again today with his comments on Paris no-go for police districts. I will watch and pick the timing, not respond to the latest outrage.”

“To go on and call him an idiot just emboldens him,” Powell wrote in another email. He even says “Trump has no sense of shame” in a July 2015 email after Trump released Sen. Lindsey Graham’s phone number in a petty move.

The emails were released by website DCLeaks.com and a Powell aide has confirmed the emails. “The emails are accurate. No further comment at this time,” Peggy Cifrino said.

It has been speculated that DCLeaks is working with Russian intelligence services, which are believed to be behind the massive July hack of the Democratic National Committee in order to sway the election. However, any DCLeaks ties to Russia have yet to be confirmed.