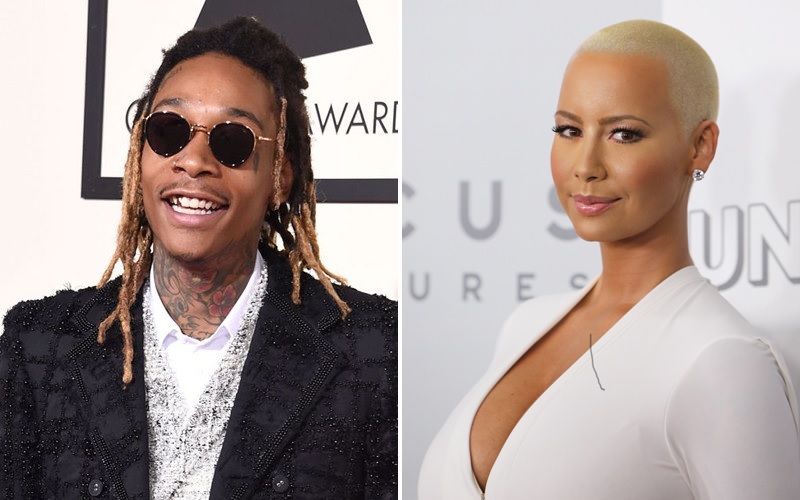 A joke Amber Rose recently made has caused the internet to slut shame her and left Wiz Khalifa “bummed out.”

“I felt the pressure, getting older, to experience new things. I did it against my better judgment because, really, I talk about sex a lot, I promote that. I felt like there was no passion. There was no kissing and rolling around, all those moments that I enjoy. It just wasn’t there. Maybe I’ll just call my baby daddy over tonight.”

Wiz didn’t care for the last part and responded via Twitter.

Don't let fame and illusions fool you. Have an awesome day.

“If I were to say ‘I f*cked two b-tches last week and it was wack. Ima just call my baby’s mom.’ Would you feel flattered?” he also wrote in a deleted tweet.

Rose is now being slut shamed for talking about the experience and they both have responded to the mess.

I'm getting publicly Slut shamed…Again. For the same things he does all the time…..Great. #GimmieMyWatchBack Lol #PettyAF still ??u tho And this is just her first episode! I can’t even imagine the uproar of following appearances on the show will bring. However, I’m sure producers and sponsors of the podcast are thankful for the controversy/publicity.