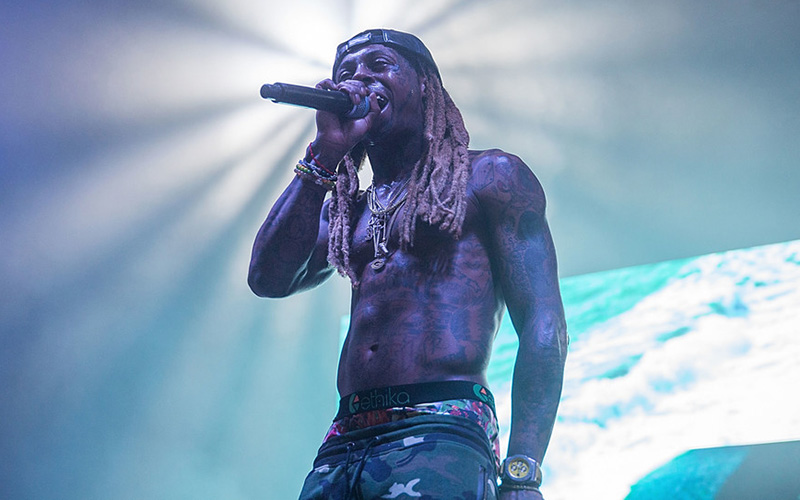 Lil Wayne may or may not have retired from the rap game via Twitter.

The rapper caused some confusion on social media Saturday morning (Sep. 3) when he tweeted that he was “dun” due to him being “DEFENSELESS AND mentally DEFEATED.”

Weezy has been saying he’s “dun” with rap for the past couple of years, ever since his beef with Birdman and Cash Money was revealed to the world back in December 2014.

Long story short, Birdman decided that Carter V wasn’t worthy for release, Lil Wayne tweeted that he and his creativity were being held prisoner, and the rest, as they say, is history. A multi-million dollar lawsuit was filed, Birdman and Young Thug allegedly tried to have Wayne killed, and every chance Weezy gets, he makes sure to let it be known that it’s “f**k Cash Money” at all times.

If Wayne really is retiring, it wouldn’t be a complete surprise, considering all of the issues he’s having with his label. He also told MTV in 2012 that he would retire after Tha Carter V’s release. “Man, I’ve been rappin’ since I was 8 years old. I’m 30 now, man. That’s a long time, man,” he said at the time.

Lil Wayne’s latest tweets came not too long after Miami police were called to his home after receiving reports of a shooting, which later turned out to be a hoax call.

Luv to the miami PD for always being alert, attentive, & appropriate. Thk u

Not too long after he sent his fans into a frenzy by tweeting that he was “dun” rapping, Wayne appeared to clarify his message, saying that he wasn’t “lookin for sympathy, just serenity.” A few hours later, he added, “I’m good y’all don’t trip.”

He won't…we ain't da quittin type and he love his fans and supporters too much! #DaGOAT #Mula https://t.co/aea68aGEbG

get Birdman on the phone. https://t.co/pYr0WIeaYY

Dear @LilTunechi I just wanna remind you that absolutely nothing and no one in this world can defeat you. Tell them devils back back.

An inspiration who made being lyrical cool & pushed rappers in all sectors of the art to reach higher bar after bar https://t.co/5d1XYWjN4x

Prayers up 4 whatever u may be enduring right now this to will pass & may u find PEACE?? I will always be a fan of your work??

Even though Carter V is being held hostage and may never see the light of day, Lil Wayne hasn’t let that stop him from putting out new music.

Last June, he released the Free Weezy Album for free via Tidal, followed by No Ceilings 2 in November 2015. Wayne also dropped a mixtape with 2 Chainz called Collegrove back in March of this year, and he is rumored to be working on Dedication 6 with DJ Drama. He’s also supposedly working on two other albums,