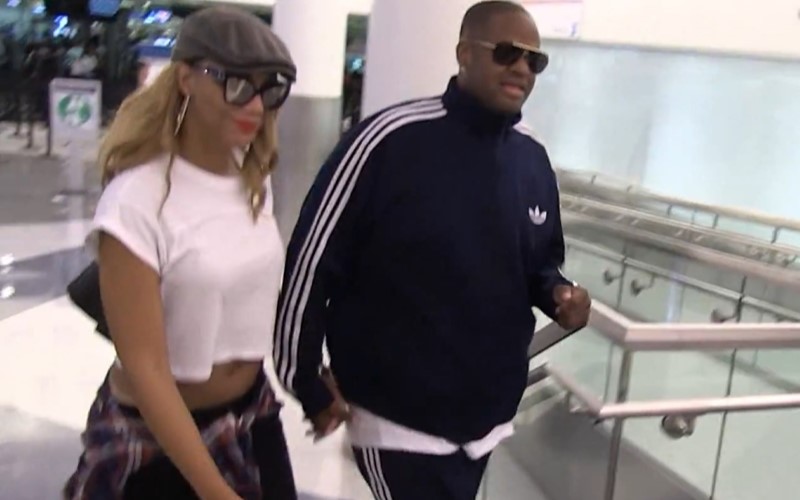 Tamar Braxton and Vince Hebert have surfaced since their reported domestic dispute over the weekend.

TMZ caught up with the couple Monday night (Aug. 22) as they arrived in LAX. Both walking hand-in-hand and wearing sunglasses, the couple looked as if they were two love birds. Or maybe they’re just putting on a united front for the cameras and the blogs.

Neither spoke, but Herbert did give TMZ a thumbs up when asked if everything was OK. I also looked very carefully to see if Braxton had any bandages on her hand from Herbert’s alleged bite. Though her left hand is covered by her husband’s, I didn’t notice anything unusual.

As we reported, the married couple got into a physical argument while staying at the Ritz-Carlton in Atlanta. The police were called and Braxton refused EMS treatment after Herbert allegedly bit her hand hard enough to draw blood and possibly require stitches.

Herbert was not arrested because he had fled the scene by the time police showed up. However, police also say no crime was committed and that incident was just a shouting match.

Sources say the couple argues regularly, but this particular incident got out of hand. They also recently faced divorce rumors as Braxton was said to have cheated on her husband with a “high-profile man.”

Regardless, we all need to keep close on eye on this one. You never know what this couple might do next!