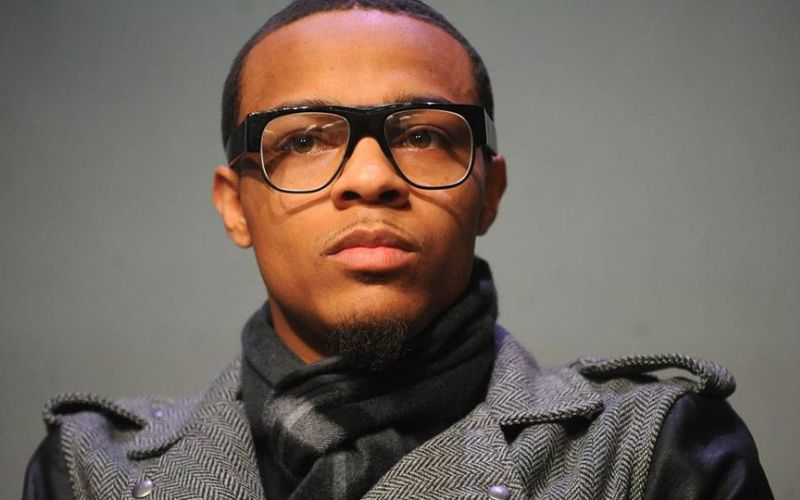 LIL Bow Wow is proving once again why it’s sometimes best for celebs to remain silent on certain issues.

The former child rapper — who now professional goes by his given name, Shad Moss — spouted nonsense on Twitter trying to explain why he won’t vote in the upcoming presidential election and doesn’t care about the concerns of the black community. According to Moss, he’s not black; he’s mixed, and therefore can’t relate to the struggle.

Is that news to you, too? Here are just a few of his tweets as people began questioning his ancestry and lack of historical/political knowledge after he declared this election isn’t important to him because he’s mixed.

Man i only believe what the eyes see. Im mixed. I dont know what my ancestors was doing. I only know what i see! https://t.co/OdDO2pvtBS

Yeah i seen SELMA. Was i related to anyone no. Im saying my moss side of family is NOT BLACK. Heritage different. https://t.co/AIFTxVAdJs

Because my ancestors were in tribes. My moss side of my family is white and native. Shit i cant help thats my family https://t.co/nOS7Qf5OWf

But if its not in my heart to do so then i cant scream out sumn im not passionate about in my heart. Cant fake it https://t.co/pqKIE5QN4Z

Dont start this sensitive "black thing" off STOP IT 5. ? maybe with someone else but not me. NEVER would i do that. https://t.co/9CFOe1gFuq

Seen his mom? My grandma is not black. My dads father was mixed. My dad look like a drunk cuban with no rhythm. https://t.co/6lykpMfIqB

NO BLACK really on the moss side of the family. All my cousins have BLONDE HAIR BRO. Nephew etc.. look like bieber. https://t.co/TKlLplDAvK

(Many black people have natural blonde hair by the way)

Blk/native. Thats it. I dont get whats the big deal? THATS WHAT I AM https://t.co/1MMus7MqfU

And that’s just a select few of his tweets. You’ll have to check out his timeline to read all of the foolery. He’s actually still responding to questions regarding the matter. Moss also posted a photo of his estranged father to somehow prove to us he’s really mixed.

“Yep, we can definitely see a resemblance. Both men look like they could possibly get pulled over by the police for no reason,” wrote Patrice Nelson of Hip Hop Wired. And I actually have to agree.

Bow Wow is so wrong on so many levels. I don’t claim to know his heritage, maybe he is mixed. Maybe he does have Native American ancestors. However, he only mentions one grandparent and if we all traced our roots, I’m certain we’d find other races and ethnicities in our family tree too.

My issue isn’t with his claim of being mixed and “not black” (although society will very quickly state otherwise). Moss’ notion that he can’t relate to the struggles of the black community or speak out against racial injustice because he’s “mixed” is what baffles me the most.

It’s quite possible to advocate for certain issues and causes despite it not being your personal experience. Non-black people support the Black Lives Matter movement, straight people are LGBT allies, men are also feminists and support gender equality, and the list goes on. This is sympathy, plain and simple.

Moss has every right not to be concerned with politics due to his own ideologies and conspiracy theories. However, to basically say “I’m mixed, so I don’t care about your problems” is a slap in the face to the black community that has supported his career and fame since the early 90s.