GOSSIPONTHIS.COM Politics Michelle Obama Causes Us All to Remember the Slaves That Helped Build... 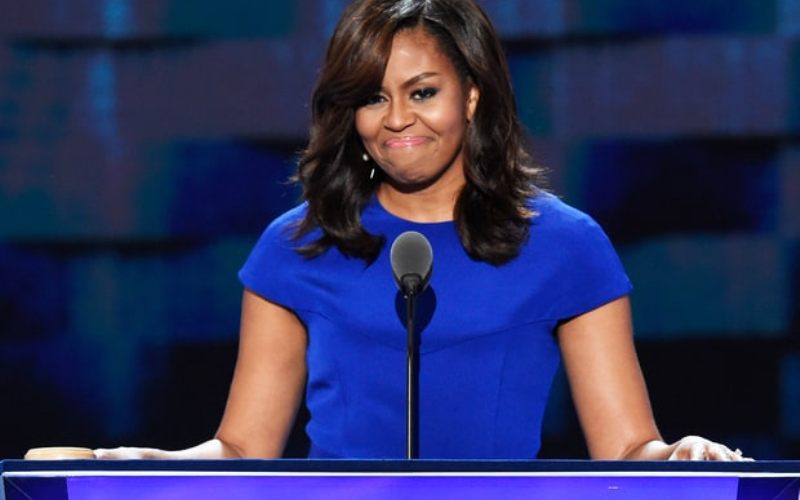 After Melania Trump’s disastrous speech at the Republican National Convention, Michelle Obama took the stage at the DNC with poise, class, and delivered one of her most powerful orations. One memorable moment was when she acknowledged what it’s like to wake up every morning in a house built by slaves.

“That is the story of this country, the story that has brought me to this stage tonight, the story of generations of people who felt the lash of bondage, the shame of servitude, the sting of segregation, but who kept on striving and hoping and doing what needed to be done so that today I wake up every morning in a house that was built by slaves,” she said in part.

"I wake up every morning in a house built by slaves" – @MichelleObama's passionate speech at the #DNC https://t.co/s3loFZ40rK

Some were bothered and uncomfortable that the First Lady dared to mention the slaves that helped build our country and even questioned the validity of her assertion. (It’s strange when people still try to sugarcoat slavery and diminish the contributions of slaves, but that’s a different post). However, Obama’s words have caused an increased interest in those that helped build the White House and Time magazine gave us a little reminder.

Slaves, free black people, Irish and Scottish immigrants, and local white laborers helped construct the White House when it was built in 1792. Those enslaved were not the property of the government; they were borrowed from their masters. However, some did live in “mean huts” on the House’s property during construction. The area would later become the White House gardens.

Slaves also helped dig the hole for the foundation as well as dig stone out of the ground, which was used for the walls. Slaves were paid 13 cents for their labor, but who honestly believes they actually saw any of it? It’s more likely that their masters received the payment.

Unfortunately, is impossible to name each and every slave that helped build America’s most famous house. Their names were not recorded nor do we know from which plantations they came. However, the 1790 census states Virginia had the largest slave population with 292,727.

After the building’s construction, several presidents also brought their own slaves to work in the White House. Thomas Jefferson, James Madison, and Andrew Jackson are just a few that owned slaves. The practice ended with the Civil War.

As an African-American, I constantly marvel at the strength and bravery of my ancestors. I can’t imagine what the Obama’s feel every day as they live in a house filled with the presence of the slaves that contributed to its construction and daily operation. However, I’m thankful Michelle Obama acknowledged them in her speech and caused us all to reflect on our nation’s history.