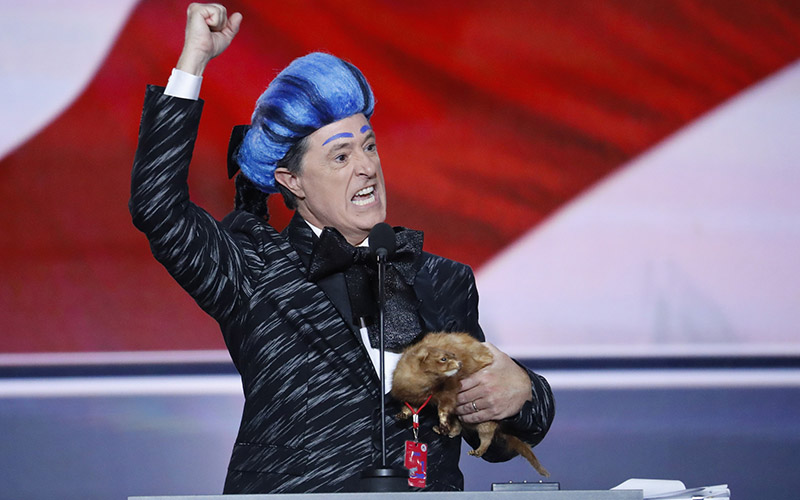 The Late Show’s Stephen Colbert, made famous on The Daily Show and his spinoff The Colbert Report, is no stranger to political satire. He mastered the form on his own show and has brought his talents with him to his new gig with the long-running Caesar Flickerman skit.

For those of you not familiar, Caesar Flickerman is the host in the popular Hunger Games series, and Colbert has donned the persona to discuss this year’s political scene.

Flickerman, I mean Colbert, took it to the next level on Sunday (Jul. 17) by crashing the Republican National Convention. As staff was finalizing preparations for the four-day event, Colbert snuck onto the stage to deliver this announcement:

As he was being forcefully escorted off of the stage, Colbert managed to slip in one last insult directed at Donald Trump.

“Look, I know I’m not supposed to be up here, but let’s be honest, neither is Donald Trump.”

As the election season ratchets into next gear with Trump and Clinton going mano-y-womano, I’m sure we’ll be seeing a lot more of Flickerman in the coming months. And I can’t wait.