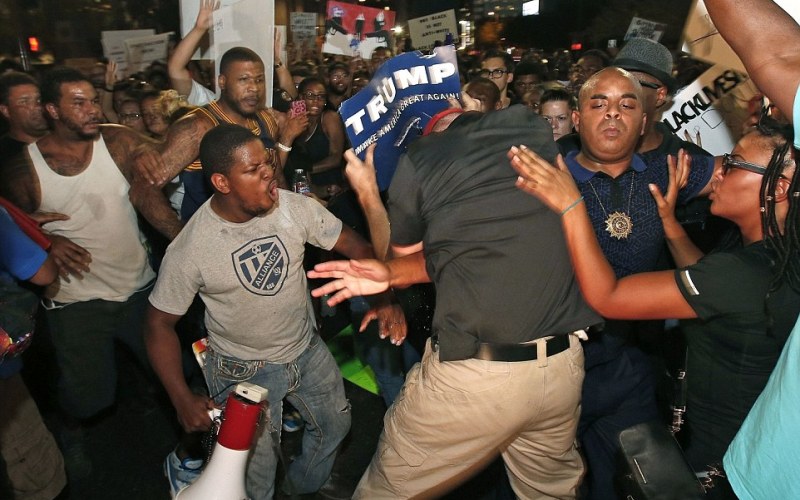 Protests against police brutality have popped up across the nation in response to the shocking deaths of Alton Sterling and Philando Castile. While most have been peaceful, cops are not playing any games with protesters.

Protesters in Phoenix were reportedly pepper sprayed after the rally “spiraled out of control.” People in the crowd were seen running from the police while covering their eyes. Phoenix cops also fired beanbag rounds and arrested three people.

The protest began peacefully. However, three hours after its start, cops deemed the protest an “unlawful assembly” and ordered people to leave. Objects allegedly thrown at the officers sparked this order and led to the chaos.

In #Phoenix the cops useing pepper spray on the protesters #StopPoliceBrutality #BlackLivesMatters pic.twitter.com/CoMFr6HMtx

A SWAT team ended a protest in Rochester, NY after it began blocking streets. An organizer of the event explained they sat down in the streets to show police they were non-violent. Even so, 74 people were arrested.

Though other protests have been relatively peaceful, cops are on high alert since the Dallas shooting that left 5 officers dead. Police departments in New York, Washington D.C., Boston, St. Louis, Las Vegas have all ordered officers to work in pairs or teams.

Please be safe if you intend to march or protest in any way. It’s no telling what these cops might do.