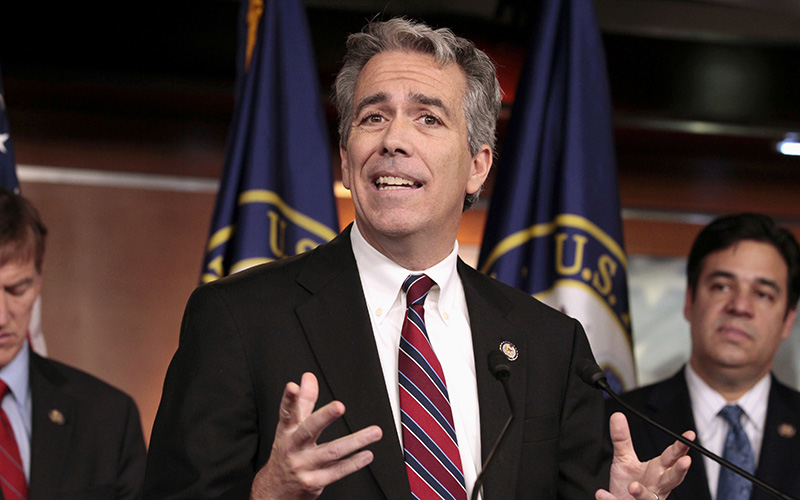 As a sniper opened fire on protesters and killed multiple police officers in Dallas, former congressman Joe Walsh was slowly losing his mind. The conservative radio pundit quickly took to Twitter to condemn the Black Lives Matter Movement and basically threatened the President of the United States’ life. Threatening the President is a class E felony under the United States Code Title 18, Section 871. If Walsh was really down for his cause, he should go ahead stand in solidarity with officers by getting in the back of the police car and taking residence in a jail cell.

And we all know exactly what he means when he references “Real America.” Walsh has made several inflammatory racist and sexist remarks in the past, and it’s unfortunate that he’s now using the deaths of officers and the valid frustrations of the black community to purport the belief that white men are masters of the universe.

Walsh’s tweet was heavily scrutinized and became a trending topic as we learned more about the deadly shooting. He deleted the tweet and attempted to clarify his initial thought.

I wasn't calling for violence, against Obama or anyone. Obama's words & BLM's deeds have gotten cops killed. Time for us to defend our cops.

But that doesn’t change the ridiculous tirade he spewed from his Twitter profile.

Obama has BLOOD ON HIS HANDS

BLM should be categorized as a hate group.

It's time 4 patriotic Americans to stand up & stand against all the Cop haters – from Obama to the thugs on the street.

It's way past time.

The President of the United States, regardless of who he/she is, should not be above critique. However, Walsh is a perfect example of the lack of respect and pure hatred some white people have for a black president and the black community.

Where was Walsh’s outrage over Alton Sterling, Philando Castile, and the countless others who have been unnecessarily killed by police officers? He deemed them “thugs,” while calling their murderers heroes.”

The death of the police officers is tragic and we mourn their loss. But, Walsh has once again proven that some lives are more valued than others. Let’s see if he’ll face any consequences for his careless threats of the President.