GOSSIPONTHIS.COM Celebs Tyga & Kylie Jenner Are Definitely Back Together, Spotted Holding Hands at... 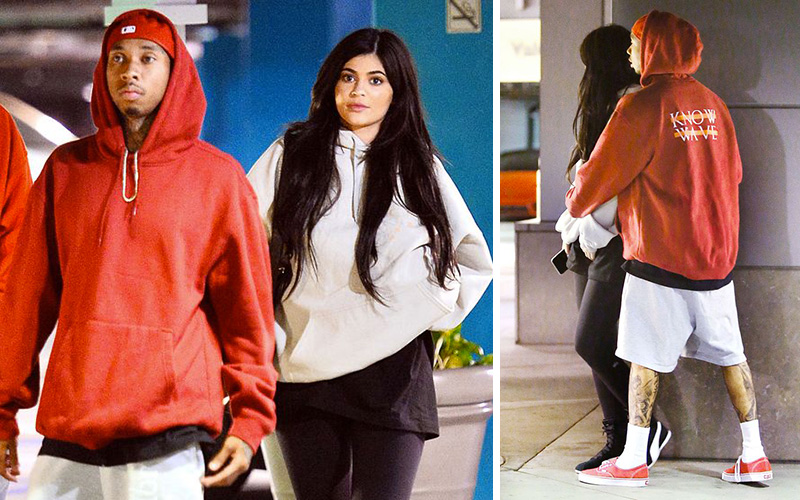 The on again/off again relationship between Kylie Jenner and Tyga is apparently back on. The couple was spotted on a date night at the Sherman Oaks Galleria in LA over the weekend.

Dressed extremely casually, the two were seen hugging and holding hands as they were exiting a movie theater. Though the two have not officially announced they’re back together since their May break up, they have certainly been acting like they’re boo’d up. In addition to the movie date, they attended Khloe Kardashian’s recent birthday party and were seen together at the premier of Kanye West’s creepy music video for his single, “Famous.” Jenner also referred to Tyga as “my husband” on Snapchat, which of course sparked wedding rumors.

Friends close to the couple say them getting back together was “inevitable” and “fate.”

“Kylie and Tyga are giving things another shot. They are taking things a lot slower this time around, though, and are using their former arguments and fights as a learning curve and as a reference point for a healthier future,” a source (probably Kris Jenner) told People.

Snapchat videos also showed the couple spending time with Tyga’s son and Jenner’s future nephew, Cairo. If that’s not called love, I don’t know what is.