GOSSIPONTHIS.COM Music Apple Wants to Buy Tidal, But Will Jay Z Let Them? 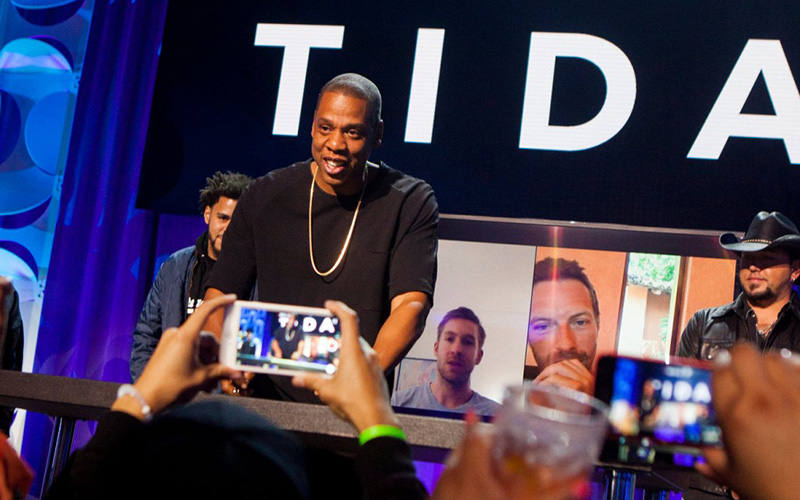 Ya’ll complained and threw so much shade at Jay Z over Tidal that he may be considering selling the music streaming service … to Apple.

According to The Wall Street Journal (so you know it’s serious), Apple is in “ongoing” talks to acquire Tidal and fold it into its current streaming service, Apple Music. The company hopes a buyout will reduce the competition in the music streaming market and help come a little bit closer in stopping juggernaut, Spotify.

Spotify is Apple Music’s biggest rival. Though Apple Music launched in 2015 and already has 15 million subscribers, Spotify is firmly in first place with 30 million. Spotify’s legal counsel even sent a harsh letter to Apple, claiming it’s refusing to offer an update of their app through the Apple’s App Store.

So, this is where Tidal comes in. Thanks to releases from Rihanna, Kanye West, and Beyoncé, Tidal subscribers have more than doubled in the last six months. However, with only 3 million subscribers, it continues to trail other services.

But what it does have is star power. Jay Z’s mission with Tidal was to fight for artists’ rights. Their content would be released exclusively on Tidal and they would receive proper compensation. In fact, the artists were touted as “part owners” of the service. Apple can use this star power to gain momentum on Spotify. But will Jay Z give up his fight so easily?

The rap mogul made a bold and righteous statement by supporting other artists with Tidal. Artists should be compensated when their material is being used and streamed. We all championed his idea. Until we found out the monthly subscriber fees, that is. Many complained the service was too expensive and Tidal suffered the consequences.

Tidal’s problem is similar to the first year of the Oprah Winfrey Network. It struggled in the first few years, but Oprah did not give up. Jay Z shouldn’t give up on Tidal or its exclusive artists just yet. Now, although I made sure to cancel my subscription on day 29 of the 30-day free trial thanks to Lemonade, that doesn’t mean Jay Z should sell his company to Apple. If it continues to supply quality content, Tidal can be just as successful and competitive as Spotify and Apple music.

Stay tuned because Jay Z just might go the way of Dr. Dre. In 2014, Dre sold his company, Beats Electronics, to Apple for $3 billion. Tidal is definitely not worth that much, but money talks very loudly.