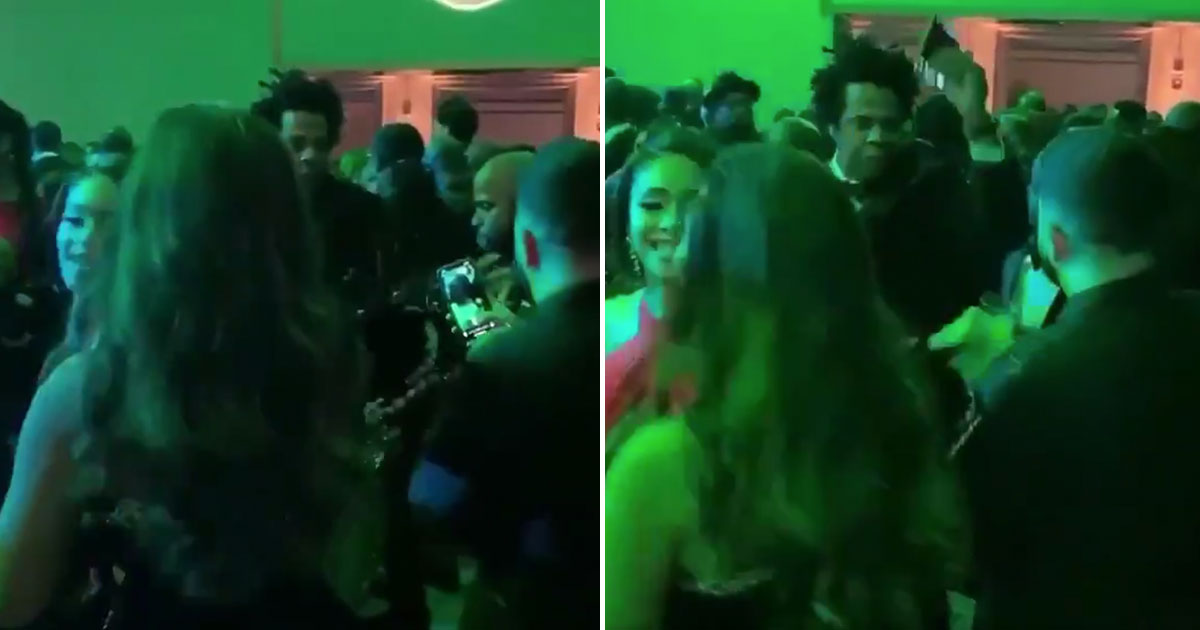 If you ever find yourself in the presence of the greatness that is Beyoncé, make sure her husband Jay-Z doesn’t catch you pulling out your phone and trying to record the moment.

Jay-Z, Beyoncé and a slew of other A-list celebrities attended Diddy’s 50th birthday party over the weekend at the Bad Boy founder’s Holmby Hills mansion in Los Angeles.

During the star-studded bash, Beyoncé was seen cutting a rug on the dance floor with Kelly Rowland, Saweetie and others when a man boldly attempted to record the moment with his smartphone. But, unfortunately for the guy’s personal archives (and his pride) Jay-Z wasn’t having it.

Before the unidentified gentleman could even point his camera at Beyoncé, Jay-Z quickly snatches the phone out of his hands, creating a hilarious moment that has since gone viral on social media.

The video ends as Jay appears to give the man his phone back, as if to say “Don’t do that here,” and Beyoncé can be seen comforting the guy after being embarrassed in front of everyone.

Another angle caught on video shows the man appearing to be in the background as Hov and Bey mingle with Saweetie and Quavo.